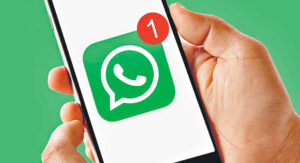 Reports suggest that the Hyderabad Traffic Police is set to go digital with its traffic challans. Hence, from now on, offenders would get their fines through messages on the WhatsApp app. As of now, all motorists, along with vehicle owners who had been violating traffic regulations, had been receiving fine related messages in the form of SMS on their mobile phones.

However, now the Hyderabad Traffic Police has taken up to adopting the initiative to kick off the use of the widely popular messaging service, Meta’s WhatsApp. The police clearly has access to all data including that of phone numbers, along with residential addresses of traffic offenders from the Transport Department. Hence, it would not be difficult for the Hyderabad Traffic Police’s innovative decision to make use of the evident popularity of WhatsApp.

“Also, we are planning to inform through email, but there are some constraints because all vehicle owners don’t have email accounts,”

A senior Traffic Police officer gave a statement to Telangana Today about this new development. He stated that owners of vehicles “furnish” details of residential address, and phone number at the time of registering the vehicles. Owing to their access to additional details, they can start off forwarding messages of the challans to WhatsApp messenger as well.

Most of the time, the traffic police team mainly circulates all postal challans and messages from its control room. The policemen at the e-challan department of the Hyderabad Traffic Police is responsible for updating the traffic fines on the portal of traffic police e-challan, which is mainly against the registration number of each of the vehicles.

This process is followed by a message being sent to the mobile phone of the owner of the vehicle at first. Later on, a postal challan is delivered a while after the text message. From now on, with WhatsApp as the new addition to the list, the violator will be asked to pay the penalty or challan either online, on at Meeseva at the traffic compounding booth.

The senior Traffic police went on to state that they are also planning inform about the challans through email. However, that  involves certain limitations for all vehicle owners do not have their email accounts.