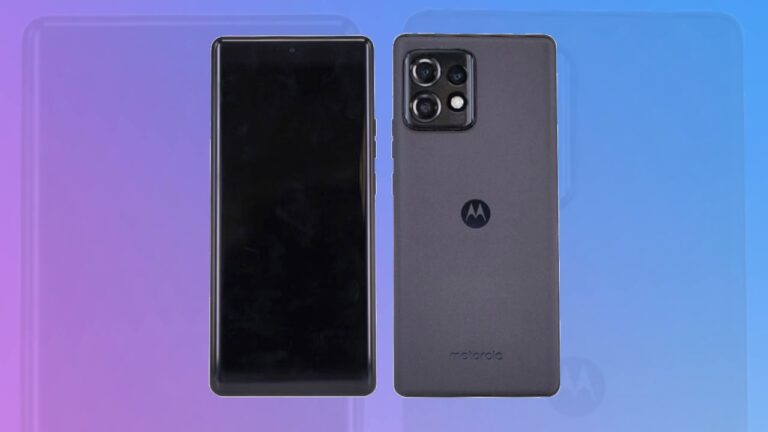 Moto Edge 40 Pro will be launched soon! Lenovo’s subsidiary, Motorola has been witnessing massive growth when it comes to smartphone sales. From the budget-friendly smartphone to all the way from flagship smartphones! There has been a massive growth the smartphone brand has seen.

With this growth, for the coming year, Motorola is planning towards launching this new improved version of its flagship smartphone, the Edge series.

For this year, we will get to see the new Edge 40 series smartphone where already the leaks about its top-end variant, the Edge 40 Pro has emerged online. Here we have brought all the details you should be knowing:

Moto Edge 40 Pro leaked online prior to the launch

This new flagship from Motorola will be adding up as a new refreshed smartphone on its flagship Edge series. Talking about the leaks now, recently we got to see Motorola launching their new Moto X40 smartphone in China which is again alleged to be launched as the new Motorl Edge 40 Pro within the global markets.

It’s been said that the launch of this smartphone in the global markets is said to happen at any time as this smartphone has been getting green signals from many certification sides in a faster phase.

Recently, this smartphone was spotted listed on the FCC certification website where many details about the smartphone including the model number, and charging support got leaked online.

How many watts of fast charging will this Moto Edge 40 Pro support?

As stated in the headline and supported by the FCC certification and Chinese 3C certification, it has been assumed that Motorola is taking a significant step forward in terms of charging capabilities.

What are the other features expected for Moto Edge 40 Pro?

Concerning the Moto Edge 40 Pro smartphone’s specifications, it has been stated that this smartphone would feature Dual SIM as well as 5G, Bluetooth, and NFC.

Speaking about connection, it has also been stated that new Wi-Fi connectivity would be included in this smartphone. This smartphone will support Wi-Fi 6E in this region.

When will Moto Edge 40 Pro launch?

As of now, we don’t have any updates regarding the launch of this Moto Edge 40 Pro smartphone. However, there are speculations claiming that soon we will get to see this smartphone make its way to launch.