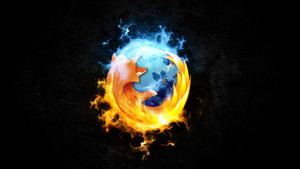 The Mozilla Foundation’s financial report for 2020 was issued today. This gives us a good view of the organization’s financial health from a year ago, as it always does, but for the first time this year, Mozilla also revealed more recent data.

It’s no secret that Mozilla has had a rough few years, culminating in huge layoffs in 2020 as the company restructured its for-profit component, Mozilla Corporation. Despite a number of technical advancements, the company’s flagship Firefox browser is still struggling in a market dominated by Chromium-based browsers. Despite this, Mozilla Corporation generated $466 million in revenue in 2020 through search partnerships (primarily driven by its Google search arrangement), subscriptions, and advertising revenue. This is about identical to the $465 million Mozilla Corporation earned from these sources in 2019.

Revenue of more than $500 million is expected in 2021, according to the group.

What’s more important, Mozilla’s new offerings, such as its Mozilla VPN service, Firefox Relay Premium, Pocket, and other commercial endeavours, are starting to pay off slowly but steadily. Income from new product offerings will climb 150 percent this year and account for 14 percent of Mozilla’s revenue in 2021, according to Mozilla senior VP Angela Plohman and CFO Eric Muhlheim in today’s announcement. From 2020 to 2021, revenue for the Mozilla VPN service increased by 450 percent.

The only option for Mozilla to reduce its reliance on a search partnership with a firm that is both a rival, thanks to its dominant Chrome browser, and is increasingly out of touch with Mozilla’s general ideology is to diversify its revenue sources.

Nonetheless, the search partnership with Google accounted for 86 percent of Mozilla’s earnings in 2020. Despite the fact that this is down from 88 percent in 2019, Mozilla is still completely reliant on Google for the time being.

In today’s release, Mitchell Baker, CEO and chairwoman of Mozilla Foundation, writes, “As advertising changes and the future of the web’s business model hangs in the balance, we have been investigating new and responsible ways to monetize that line with our principles and set us apart.” “We’ve long maintained that cookie deprecation and a reckoning of the online advertising ecosystem were on the way — and that it was long overdue. Now that it’s here, we’re in a good position to steer the industry toward a new form of responsible advertising that values people while still bringing value to businesses. We’re establishing a business for the future by creating items for the future.”

But, at the end of the day, what Mozilla really wants is for more people to utilize its services, whether it’s its browser or its VPN. With people becoming increasingly wary of Google’s objectives and Microsoft’s Edge team making a few errors in recent months, there is a window for a non-Chrome browser. Mozilla’s efforts to add sponsored suggestions and adverts to Firefox, on the other hand, haven’t particularly endeared the group to its own users.