The Reliance Industries Ltd. chairman, Mukesh Ambani has stepped into the highly exclusive and elite $100 billion club along with other tech moguls like Elon Musk and Jeff Bezos. Ambani, the well-reputed “Asia’s richest man” made it to the rarified club with a fortune that touched $100 billion. It seems like the flow of wealth is unhindered and smooth when it comes to the Ambanis. 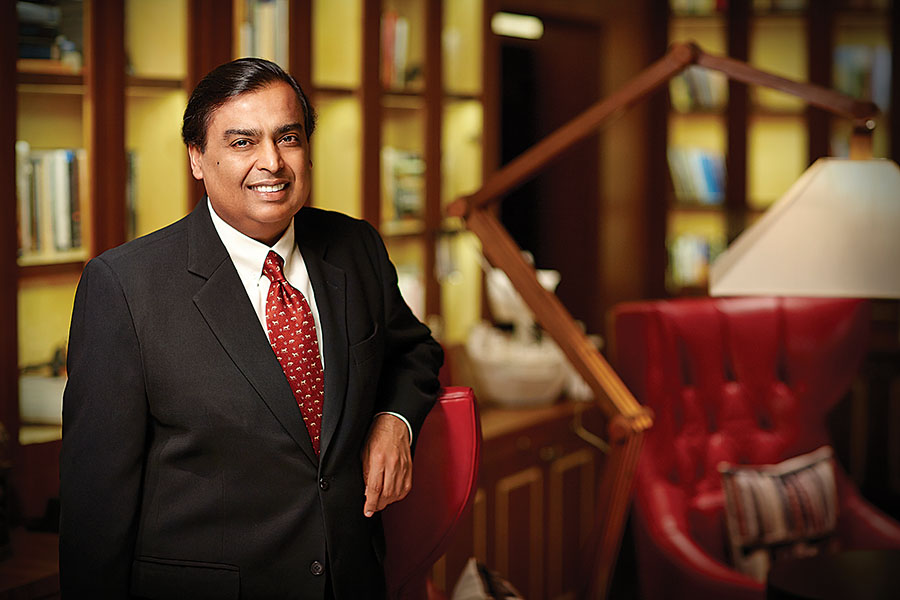 Mukesh Ambani passed the threshold of the group consisting of eleven men after his conglomerate’s stock rocketed to a record value this Friday. As per the reports of the Bloomberg Billionaires Index, Ambani’s net worth is now a whopping $100.6 billion. This is following an increase in his wealth this year by $23.8 billion. The wealth accumulation can be seen as a direct reflection of his efforts and motives to transform the empire which he inherited from his late father in the year 2005, following a chain of feuds with his brother, Anil Ambani. Ever since he assumed the control of the empire, he has been determined and dedicated towards transforming it into a retail, technology, and e-commerce giant. These efforts have manifested themselves in giant proportions too, for the telecommunications unit which marked its beginning in the year 2016, now dominates the Indian market with majesty. And about $27 billion was raised by his retail and technology ventures last year.

In June this year, the Reliance chairman put forth an ambitious plan concerning green energy, complete with planned investment spread over a course of three years, worth $10 billion. And emphasising this point, the tech mogul reiterated his plans last month stating that the company would “aggressively” pursue production of greem hydrogen thst id comparitively cheaper. Coincidentally, this plan is quite in line with Prime Minister Modi’s plans of turning India into a hub cleaner fuel based manufacturing. This plan is curated with the aim of taking a step towards combating climate change.

Dismissing Ambani’s growth and wealth in the name of inherited family fortune is understating his capabilities and skills which he has brilliantly proved over the past few years. Ambani never shies away from taking up new steps in business by blending in innovative technologies. Although these entail a string of challenges, the tech mogul has proved more than once that he can easily face these challenges and emerge victorious. He has proved his prowess in the creation and execution of large scale businesses within a limited period although it entails challenges of execution.  According to Chakri Lokapriya,

“Mukesh Ambani is at the forefront of creating new businesses with new emerging technologies. Creating businesses of scale at speed brings execution challenges, but he has demonstrated his capabilities.”