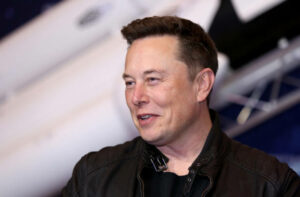 Tesla CEO is still justifying the title given to him on Social media, The Dogefather. Elon Musk has been frequently tweeting about the dogecoin for a long now and his supportive tweets for the cryptocurrency have influenced the Doge market to a great extent. Musk keeps on endorsing Dogecoin as if it’s his own company and hence the people on Twitter started calling him the Dogecoin CEO. Musk never fails to tweet about all the current updates on dogecoin, and being the consistent Doge supporter, he responded to the Fee change proposal update for Dogecoin on Twitter saying, “Important to support”.

The Dogecoin fee change proposal is up! https://t.co/nYRahWVJoY

Elon Musk replied to the tweet by Ross Nicoll and said that it is ‘Important to support’ which triggered the dogecoin market which was down for a long due to the china crackdown. The Dogecoin developer explained the entire proposal in brief on Reddit, saying that the fee change proposal suggests a reduction of the average standard transaction fee on the Dogecoin chain.

According to the fee change proposal, the following are some of the changes that are proposed on the dogecoin transaction fee:
1. Reduce the relay fee to 0.001 Doge
2. Reduce the default fee to 0.01 Doge
3. Set up a transaction space that is functional free
4. Reduce the dust limit

This announcement of the proposal for fee change gained a lot of attention on social media and the users agreed to the proposed changes to a great extent. Also, with the tweet by Tesla CEO supporting the proposal, the Dogecoin market got a bump on Monday. It is expected that the proposed changes will bring a huge difference in the structure of the cryptocurrency and its token economics. As the proposal is focused on the reduction of the transaction fee, it is quite simple that the lower fee will attract more crypto users to use dogecoin for merchant payments online and cash checking as well.

Nevertheless, the influence of Musk on the crypto markets and his ability to move the market with just a tweet is really amusing for the entire crypto industry.