Musk once again takes up the “trending” throne on Twitter.

It has now become a timely ritual for Twitter to bring up Elon Musk’s name every now and then. Quite naturally, Musk is trending on Twitter yet again for the millionth time. Cannot call that an exaggeration since it might actually be the millionth time. It is Elon Musk we are talking about after all. Anything is possible. And now the question as to why Musk is trending on Twitter. Yet again. It will be a rather hard task to detangle the spectrum of reasons and finally come to the root of it. Wise ones will say that it is better to leave that quest unfulfilled. 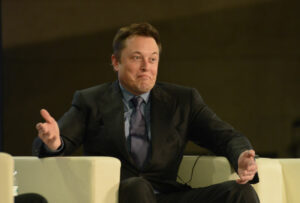 Elon Musk graces the trending list on Twitter on a regular basis for various reasonable and unreasonable reasons. It cannot be denied that Musk is someone who has an inbuilt magnetic system that can attract collective attention and responses. This time the reason why Musk has become the topic of discussion is rather hazy. Although one reason is his response to Twitter that mentioned that he was taking way too many jibes at Apple. To which the tech mogul responded with a smile(use some imagination here) and said that he is a user of the company’s products himself. Although it is a known fact that once the name “Musk” appears people start adding all sorts of bits and pieces to the story. Here are some of those bits and pieces from Twitter.

I like #Apple products: #Musk#Tesla CEO #ElonMusk, in response to a #Twitter profile saying he has been taking "a lot of shots at Apple", said, "Actually, I like and use Apple products." "They are just obviously overcharging with #AppStore. pic.twitter.com/dbSvzJ508u

Musk and crypto cannot be separated ever.

One cannot help but be amazed at the diversity of topics that pop up. Where did we start and where are we now?

Elon #MUSK and #Bezos and other extremely wealthy and powerful individuals, if they truly have the heart of people on their minds — would stand in solidarity with restoring voting rights, hold domestic terrorists accountable, and help fund against cybercrime. That’s what we need.

#MUSK & #DOGECOIN are a perfect match.

Now that is something that never stops coming.

This is how billionaires/millionaires SHOULD spend their money – not on planning their escape to Mars! #bezos #branson #musk pic.twitter.com/6RW3RSI0gy

I admire the way some people handle humor effortlessly.

#MUSK trending is fun because when you click on it half of it is Elon and the other half is actual body musk stuff.

Let me put forth an honest, non-sarcastic question. What is the connection between Musk and philosophy?

"The Cardinal Rule of Behavior Change:

What gets rewarded, gets repeated. What gets punished, gets avoided.

Yes, you should always dream big.

@elonmusk My life time goal is to travel and live in Mars ☄️🤩😎 inspired by #MUSK and makes me to hope and set a goal to visit #Mars #ElonMusk 👽 pic.twitter.com/byCWFQJVHO

The scent of disbelief is already sharp at this point. Let’s wrap up with that.