Musk says ‘Tesla is on my mind 24/7’ amid concerns about Twitter distraction Since Musk announced his deal to acquire Twitter, Tesla shares dropped as much as 26% 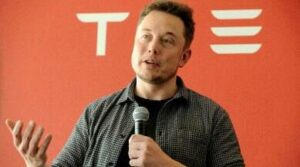 Amid concerns over Twitter distraction, Musk says ‘Tesla is on my mind 24/7.
Source: The Indian Express

On Thursday, May 19, Tesla and SpaceX chief executive Elon Musk took to Twitter saying ‘Tesla is on my mind 24/7.’ The tweet was in attempt to sooth concerns of investors regarding him getting distracted by the Twitter acquisition deal. These worries have led to the stocks of the EV company dropping to a great extent.

In his tweet, Musk posted the rather popular meme picture of a woman upset over her boyfriend looking at another woman. Like many others, he modified the meme in his own way depicting the woman as Tesla, with the boyfriend as Musk and the other woman as Twitter. Referring to the picture, he stated that ‘it may seem like’ what the pictures shows, but he assures that is ‘not true.’

“To be clear, I’m spending <5% (but actually) of my time on the Twitter acquisition. It ain’t rocket science!” he tweeted.

“Yesterday was Giga Texas, today is Starbase. Tesla is on my mind 24/7.”

To be clear, I’m spending <5% (but actually) of my time on the Twitter acquisition. It ain’t rocket science!

Yesterday was Giga Texas, today is Starbase. Tesla is on my mind 24/7.

So may seem like below, but not true. pic.twitter.com/CXfWiLD2f8

This year, Tesla Inc opened its new car factory in Texas, with Musk’s SpaceX launching a site called Starbase in Boca Chica in Texas. The shares of the EV company have lost about one third of its value since the CEO revealed his stake in Twitter earlier in April. Moreover, he even sold Tesla stocks worth $8.5 billion in what looked like a move to finance his $44 billion deal.

Moreover, Tesla stocks were further hit by lockdown measures in China dampening the company’s production. This, in turn, led to Tesla’s exclusion from a prominent S&P sustainability. Tesla bull Daniel Ives, a Wedbush analyst cut the target share of the company owing to the disruption of the China production. Additionally, he warned from Musk’s Twitter acquisition deal causing ‘distraction risks.’

On Thursday, a major individual investor in Tesla, Leo KoGuan called on Tesla to buy back shares. KoGuan wrote a message on Twitter to the company’s head of investor relations, Martin Viecha. KoGuan is the third largest individual shareholder of Tesla Inc

Last year,  KoGuan stated that he was investing billions in the EV company owing to his belief in Musk’s ‘great mission’ that he shared. In March, he stated that he was buying more of its shares, not selling at the time of stocks’ dip.