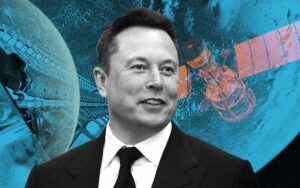 On Tuesday, June 28 the Vice Prime Minister of Ukraine, Mykhailo Federov made a post on Twitter addressing Elon Musk. He took to the social media platform to wish the Tesla chief executive on his birthday this week. He thanked the billionaire CEO for the support he has shown to Ukraine all this while.

As he wished the billionaire, Federov noted it was owing to his birth that the entire world had a ‘chance to survive.’ Referring to this as ‘victory,’ he added that after it is accomplished, everyone would take part in the ‘colonisation of Mars.’ In conclusion, the vice prime minister expressed how the all the citizens of Ukraine were immensely thankful for every form of support and help that the Tesla CEO has provided them with.

Since the Russian invasion of Ukraine which initiated on February 24, Ukraine has gone through a host of challenges. In fact, through the ones they are still struggling to overcome as each day goes by. Elon Musk has come across one of those few billionaire personalities from the United States that never hesitated to extend his help to the needs of the country at the time of the crisis.

As the war started off, Ukraine faced difficulties as they lost connection to the internet and struggled to stay connected. This was when Musk’s rocket maker SpaceX came forward to help the nation as the war continued. Within a day or two of a request made from Federov, SpaceX Starlink satellite internet dishes  arrived for network aid at Ukraine. In fact, he even expressed his gratitude to the SpaceX CEO on Twitter at the arrival of the Starlink dishes.

Dear @elonmusk, happy birthday! Perhaps thanks to your birth, the whole world has a chance to survive. After our victory, we will join the colonization of Mars. The people of Ukraine are grateful for your support.

Essentially, Starlink’s presence in Ukraine has aided both the civilians and military in this time. It has contributed to thwarting Russia’s attempts to cut its neighbour from the rest of the world. This was as SpaceX’s contribution to providing Kyiv with an essential victory against its aggressors in the past few months.

Various commanders have admired SpaceX’s capabilities to deliver such a massive number of satellite stations in a matter of days. Especially, a nation in the middle of a war, trying to keep them online in spite of immensely advanced attacks by the hackers from Russia to weaken them.