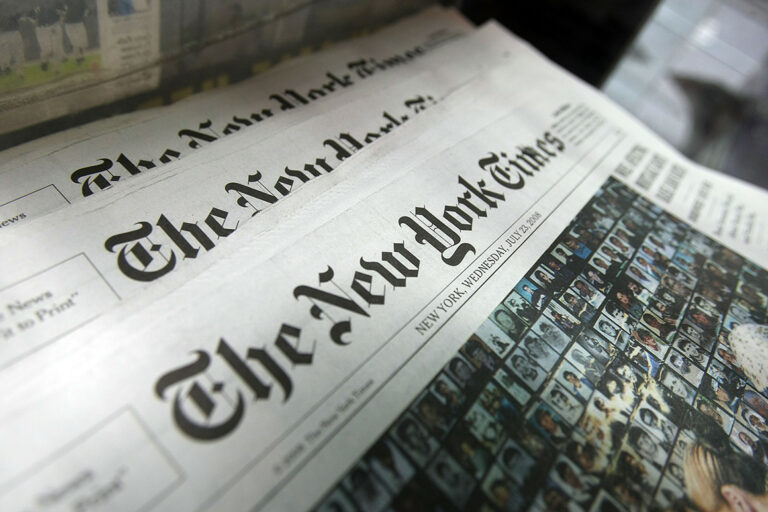 The Crypto industry has been witnessing its worst time in history, with the back-to-back fall of major crypto companies like Terra in may this year and the recent FTX fall.

Although the crypto industry’s recent negative issues are considered a serious issue in public order, these scenarios are not completely scrutinized by the news platforms like the New York Times, which seem to be taking a lenient approach towards the unethical business practices done by major cryptocurrency companies in recent times.

In one of its recent articles, the New York Times has been depicting the former CEO of FTX  just as a troubled businessman who made some bad investments in his career and he is not responsible for the loss of the currency industry neither there any a House of Cards recipe into FTX platform.

What is New York Times?

The New York Times is 170+ years old American daily news publishing platform. New York Times also called NYT and times, is a newspaper that is considered to be one of the most recognized newspapers globally for all the news coverages and perspectives on globally important issues.

What is the view of NYT on the FTX saga?

Contrary to all the retail investor’s widespread sayings and public opinions, the New York Times is seen to be lenient on the recent FTX saga carried out by its former CEO Sam Bankman and the newspaper seems considering all these mistakes by the formal FTX CEO just some troubled decisions bad investment moves. Newspaper in a recent issue is not focusing on the reasonable question of how a currency platform can have a valuation of $32 billion in 2021 and can crumble down to zero in such a small period.