An NFT Group bought Dune for $3.04 million thinking it was the copyright. Spice DAO, a group of crypto investors, paid millions of dollars to acquire a rare adaptation of the science fiction novel Dune in order to create non-fungible tokens (NFTs) and an animated series, according to The Next Web. 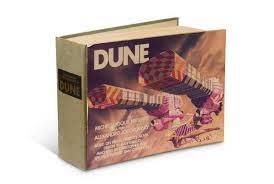 1. Make the book public (to the extent permitted by law)

2. Produce an original animated limited series inspired by the book and sell it to a streaming service

Perhaps they are unaware that they have simply purchased a copy of the book and not the rights to it, as various media sources have pointed out.

A decentralized autonomous organization (DAO) is a novel approach for a group to acquire unique assets. The goal of a DAO is to keep the asset from being lost permanently to a private collector by using the power of crowdfunding to generate the funds needed and make asset-related decisions. We reported in November that a DAO collected $47 million to buy a rare copy of the United States Constitution but lost the auction.

At first appearance, the motivation for purchasing Alejandro Jodorowsky’s Dune adaption appears to be honorable. According to The Next Web, there are probably less than 20 copies of this adaptation in existence today, and even if they don’t help develop an animated series, the book’s preservation is a service in and of itself.

The DAO, on the other hand, wants to transform each page of the book into an NFT before burning it, as IFLScience pointed out. While creating an NFT collection out of each page makes it easier to possess a piece of history in the digital arena, burning the book makes no sense unless it’s for publicity or to raise sales.

Maybe that was the goal all along. According to The Verge, the group was roasted by big media sites as well as random Twitter users like this one.

You don’t own the copyright to the content you numpties.

Next time invest in science or better yet, education so you can learn how things actually work. https://t.co/lVFKXAJMbK

The DAO told Gizmodo that they are completely aware that the material does not belong to them. They plan to launch a spin-off or their own Dune series, and they’ve put together a creative team to make the world’s first NFT-funded feature picture.

Probably obtaining a copy of a prior adaption of the book from an auction house for 100 times the base price and making themselves an online laughingstock has given them a reach that no amount of public relations could have provided.

Now, if the full film is released, people will be curious to see what their version has to offer, and perhaps burning a copy of Jorodowsky’s version is a good way to close that chapter.