In the past, Nio initially posted the job listings in the Netherlands and in Germany, after which the announcement about their entry into the markets came. This time as some job listings are seen in the US from the company. It looks like the company is going to enter the second global automotive market in the world. 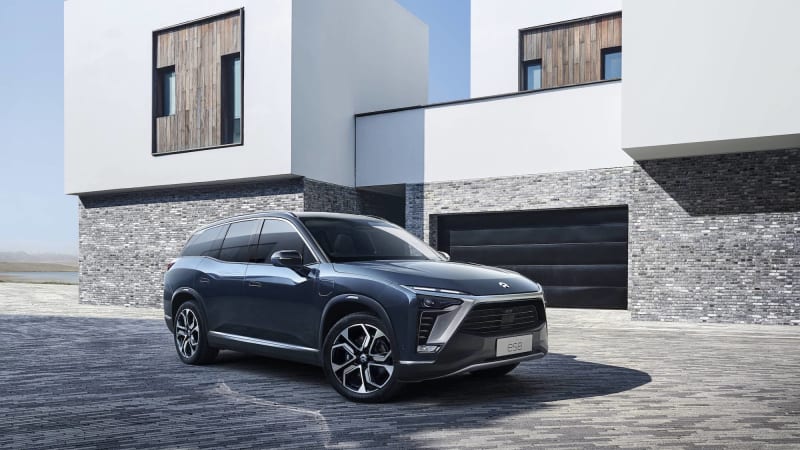 Multiple job postings recently added to LinkedIn by NIO’s vice president suggest that the Chinese automaker’s expansion into the US could be coming sooner rather than later. NIO has recently shared plans to expand to 25 different countries and regions by 2025. Earlier this year, the automaker announced plans to sell its ES8 SUV in Europe beginning in Norway, followed by its flagship ET7 sedan. By June, it had received approval for mass production of its ES8 for markets throughout Europe, furthering its expectations for expansion.

As its proprietary superchargers and battery swap stations were making their trek to Norway via, job postings hinted at a new presence in Germany and The Netherlands. Sure enough by September, the automaker had confirmed entry into Germany next, beginning with the ET7 in 2022. Most recently, the automaker held its annual NIO Day event in China, and in addition to unveiling a second sedan called the ET5, shared intentions to further expand to 25 countries and regions around the globe including Denmark and Sweden. 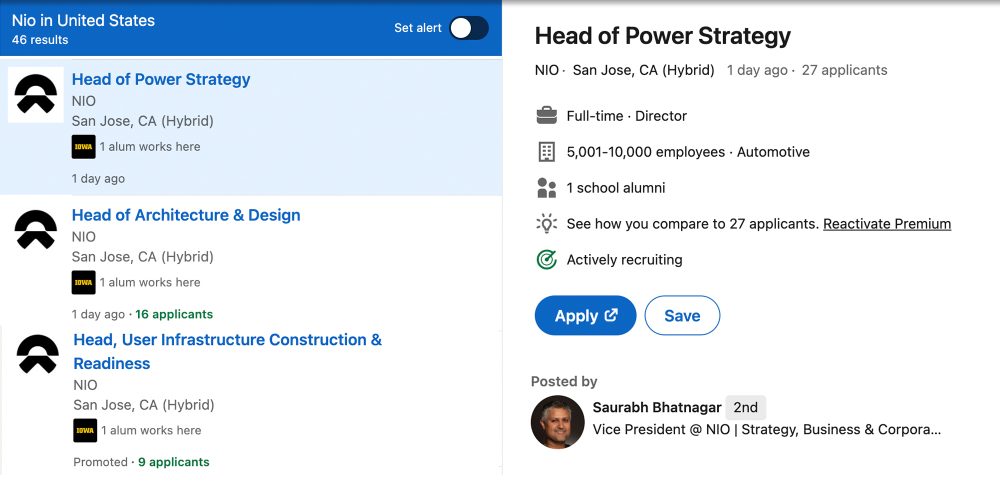 “The Business & Corporate Development Team at NIO USA is responsible for the strategy, planning, and execution of NIO’s Go-To-Market for the Americas. This is a strategic corporate initiative, sponsored by the CEO & CFO, and comes with high visibility and tall expectations!

As the Head, User Infrastructure Construction & Readiness, you will be responsible for the end-to-end delivery of key NIO infrastructure in the Americas, to support NIO’s business model and user experiences. NIO’s infrastructure must be strategically located, have built-in compliance with local standards, and adhere to NIO’s global expectations. You will lead the collaboration with world-class internal experts and external partners to have that infrastructure built out from scratch to scale in the Americas.”

There were a total of 46 new job listings from the company in San Jose, CA. And one job posting in Seattle. The hiring has just begun and it is difficult to say when Nio will actually enter the market, and if they have any further plans like a manufacturing plant in the location. As Joe Biden’s administration supports locally made EVs, and if Nio has plans to set up another manufacturing plan it could be a potential location for the seven-year-old automaker.