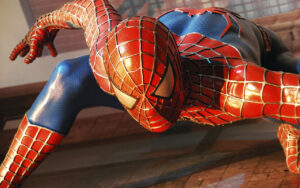 The unauthorized versions of the latest Spider-Man installment include a new variation of a previously-known strain of malware, according to experts at Reason Cybersecurity Ltd. “Spiderman” malware is defined as a form of malware that was previously disguised as popular software like “Windows updater” and “Discord app.”

The malware crypto miner has the ability to add Windows Defender exclusions. It also includes a “watchdog method” for long-term stability. According to the researchers, when the virus first ran, it would destroy any process with the names of its components to ensure that only one instance was running at any given time. After then, the crypto mining malware launches two new processes, Sihost64.exe and WR64.exe.

“For over a decade, threat actors have been attaching crypto miners and other malware to popular torrent files,” said Jasmine Henry, field security director at JupiterOne Inc., a cyber asset management and governance solutions provider. “Security teams should examine their acceptable usage policies and educate employees on a regular basis that illicit peer-to-peer file sharing at home or on work devices poses some rather serious security threats,” says the report.

“Someone wanting to implant malware, using a delivery system where users are less likely to reach out for ‘technical support’ if something seems off or even admit to peers or family that their computer might be acting strange, gives an increased chance of my malware executing in the first and, once it does, a lower risk of it being discovered and removed,” said Casey Ellis, founder, and chief technology officer of crowdsourced security platform company Bugcrowd Inc.

It’s nothing unusual, according to Sean Nikkel, senior cyber threat intelligence analyst at digital risk prevention firm Digital Shadows Ltd., to hide a crypto miner or other malware in a tempting file, such as the new Spider-Man movie or other trendy media properties.

“I’m sure there are a lot of Gen Xers and millennials who remember downloading random files from strangers on Kazaa and Limewire in pursuit of uncommon or cheap MP3 or video files and winding up with a Trojan or something similar,” Nikkel added.

“Unfortunately, the strategy has spread to the realm of torrents. Many individuals have downloaded the erroneous file, believing it to be a popular movie, TV show, or fresh remix.”