The 2.0 series of the car making company Skoda is official as its ready to start with the India; the primary automobile market. The Kushaq Compact was much talked & buzzed product in the strategy of the company and now its stays awaited. Let’s take a look at the details.

Skoda basically is a Czech automobile company that was founded back in 1895 that is 125 years ago. It has attained the status of one of the fastest growing car manufacturing companies in entire Europe.

That is what it means by a history of motion. From bike to Fire Truck to Tudor to sport Ferat to Skoda Superb; Skoda has managed to be on top on all timelines. Be it the 90’s or present scenario; it has slayed it all. 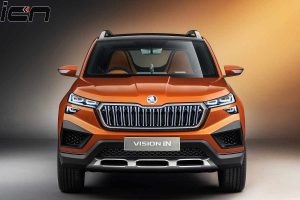 Skoda India Pvt Ltd. Was incepted 19 years ago in November 2001. It is basically a subsidiary of Volkswagen group. It is currently headquartered in Aurangabad, Maharashtra.

Recently in 2019, Volkswagen Group had announced the merger of this entity into the group of Skoda Auto Volkswagen India.

The first product under 2.0 strategy from the Skoda India group. Kushaq stands for king or emperor in Sanskrit. The glimpses were given in IN concept. The noticeable features are as follows:

What’s more to be focused upon is that it is Skoda’s first made in India that contains 95% localization. This element would definitely play a significant role in its sale amount as the emotional aspect of it would help to gain a lot more than otherwise.

The model is similar to Vision IN model. But Skoda as its tagline says is very clever to attract its customers on board quite easily. The truth about automobile market is very apparent and it surely inclines towards electric vehicles at large making it very difficult for the other parts of the market to compete.

But the other fact that cannot be looked upon is that the nation will come up to be the third largest automotive market by 2026 that is scope for more manufacturing at large. The $300 billion industry would be a significant pool to play and Skoda has done its initial part. Their role will intensify competition and make it more good for customers at large.