ZOMATO ALL READY WITH ITS IPO

The food delivery giant is known for its on-point delivery and this time too it is all set to deliver its initial public offering (IPO) as expected probably by the next month of this year. To get more details; lets’ get into the article.

2008 apart from recession also witnessed the inception of a restaurant aggregator and food delivery start-up known as Zomato. It was created by two founders namely; Pankaj Chaddah and Deepinder Goyal. It has its headquarters in Gurgaon, Haryana. It has its geographical space up to 24 countries and close to more than 10000 cities. It is catering to more than 100 million monthly active foodies. 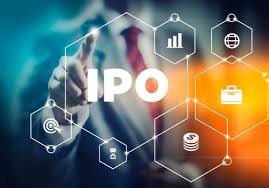 HOW IT BECAME SO BIG??

In 2011; it focused primarily on metropolitan cities like Delhi, Mumbai, Chennai, Pune and Kolkata. Then in the next year itself it started to build its roots in countries like UAE, Sri Lanka, Qatar and UK. Later on its spread was up to 24 countries on the globe.

Digital marketing is now the new mode used by Zomato as it is claimed to be the sole king of it.

The company has acquired in total of 12 startups globally starting from Menu Mania to Italian restaurant Cibando and Sparse labs. All were leaders in their respective areas of logistics & food start ups.

The investment timeline of the company is not too long but it has been able to give a clear idea of what is made and how.?

The company has started to draft prospectus to bring the entire picture in grounds. The listing could be completed by September in Mumbai. The target of Zomato is to get close to $ 750 million from the public listing. The losses have been piled up making it close to Rs. 2385.6 crore in financial year 2020.

Losses never give you a chance to choose from different alternatives unlikely Zomato who has tried to make it better & best for its customers across all cuisines and dishes.

Pandemic brought a hit and they tried to manage efficiently by contactless delivery.

Controversies came but they managed through a great reputation.

What they will not be able to manage would be the piling up of amounts which cannot be ignored.

Therefore; they resorted to just get into the real battleground and face the fear. They will shape the future of food only when they know what their future is.  The real trust that people show in Zomato will now be marked upon by the number of units it holds in order to get a significant amount. Holding up all those great values let’s wait for the things to get started.