OneCard enters unicorn club, raises over $102 million OneCard has become the fourth fintech startup in 2022 to enter the unicorn club 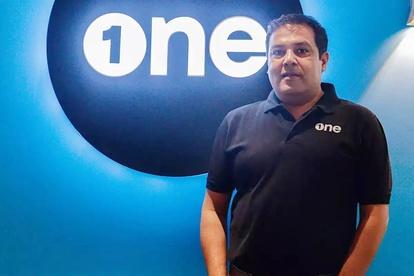 OneCard’s parent FPL Technologies closed its Series D funding round of over $102 million led by Singapore-based Temasek Holdings (via MacRitchie Investments). The mobile-first credit card brand is now valued at over $1.4 billion.

Fewer than 30 million Indians have a credit card today, which has created huge whitespace for startups in the country to innovate on tech and reach more consumers.

Banks in the country, and beyond, are increasingly attempting to expand their credit card customer bases, but their stringent and archaic eligibility criteria make most Indians unworthy of credit cards.

OneCard’s Series D round is coming at a time when the future of the buy now pay later (BNPL) platforms is shaky in the wake of a Reserve Bank of India (RBI) diktat that bars prepaid payment instrument providers from offering non-bank credit lines. The company along with its competition Slice, Uni, Fi, and others are busy figuring out their next moves.

For the uninitiated, OneCard offers first-time credit card users a virtual, cellphone-based card to build a credit score. It also enables an equated monthly installment (EMI) facility for purchases of Rs 3,000 and above at an interest rate of 1.33% with a repayment tenure of 3-24 months.

OneCard said earlier this year that it had amassed over 250,000 customers who were spending about $60 million with its cards each month.

Anurag Sinha, the startup’s co-founder and chief executive, said in January that he estimated that about 80 million to 90 million Indians were eligible to have a credit card.

That’s not to say that credit card companies are not facing some of their challenges. UPI, a five-year-old payments rail developed by retail banks, has quickly gained adoption and is the most popular way Indians transact today. The fast inroads of UPI have eroded some usage of debit cards, though it appears credit cards are so far largely immune from it.

The startup has disbursed over 2.5 Lakh cards to its customers so far. During FY21, OneCard reported total revenue of INR 16.3 Cr, of which INR 10.7 Cr came from sales. This was a significant jump compared to FY20 when the startup generated around INR 1 Cr in revenue.