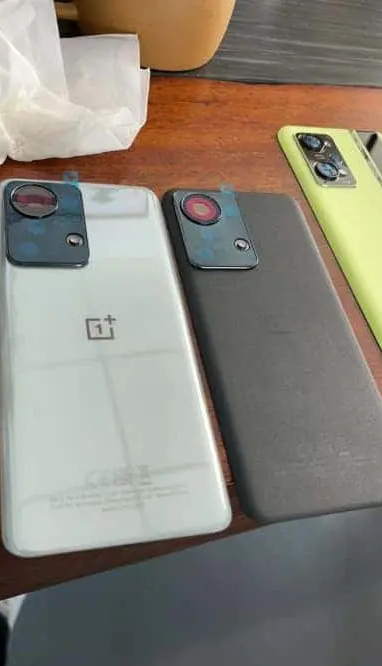 OnePlus introduced its flagship smartphone, the OnePlus 10 Pro, unexpectedly early this year. By the end of March, this smartphone will only be available in a few locations across the world, and the firm aims to introduce the uber-flagship OnePlus 10 Ultra. However, what about the OnePlus 10?

OnePlus is now working on a smartphone nicknamed “Oscar,” according to internet sources. It is expected to be released as the OnePlus 10, with a launch date in the second quarter of this year. And now, an image of the back panel, which appears to be from the 10 version, was shared online. The insider who shared the photo online claims that it was obtained with the assistance of industry sources.

In the image, we can see a panel in the top left corner of which they put a rectangular block of the primary camera, with a massive main sensor. There are three additional holes that can be utilised for various sensors, one of which will undoubtedly be an ultra-wide-angle sensor.

For the time being, this is all we know about the OnePlus 10. We can only guess that the smartphone will include a Snapdragon 8 Gen 1 processor, at least 8 GB of RAM, 128 GB of internal memory, 80 W fast charging, and a 120 Hz AMOLED display.

OnePlus’ flagship smartphone, the OnePlus 10 Pro, was released in China earlier this year. OnePlus just introduced the 10 Pro Extreme Edition, which will be available solely in white (the standard edition was available in green and black) and will have more RAM than the original model. Pre-orders for the new product have already begun, and retail sales will begin on March 1.

The OnePlus 10 Pro Extreme Edition will come in only one configuration: 12GB of RAM and 512GB of storage. Remember that the OnePlus 10 Pro has a maximum RAM of 12 GB, but the storage capacity does not surpass 256 GB.

The remainder of the gadget has remained unchanged. The Qualcomm Snapdragon 8 Gen 1 CPU was kept, as was the 1440p AMOLED screen with a size of 6.7 inches and a refresh rate of 120 Hz.

The 10 Pro Extreme Edition will cost little more than $900. The business has not yet stated when the smartphone would be available in the worldwide market.