Paytm is among the most valued startups in India. This unique position of the startup is evident from its $16 billion valuation and is reflected in its employee stock option or ESOP. The immense personal fortune of Vijay Shekhar Sharma, the company’s founder also attests the same. 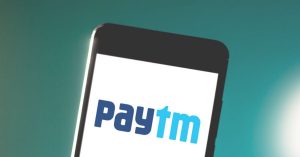 As per the regulatory filings, Paytm’s ESOP scheme has been altered with an addition of 242,904 options to the existing pool. This addition has raised its current ESOP pool to 2,409,428 equity options.

If the recent estimates are to be believed. the company has made an addition of options worth Rs 450 crore in this exercise, updating the Paytm ESOP pool valued at about Rs 4,520 crore, crediting it with the position of one of the largest ESOP pools among Indian startups. The ESOP holdings of companies like Oyo and Byju’s stands at  Rs.4300 crores and Rs 3000 crores respectively.

Oyo’s current position stands at $9 billion after slipping away from the decacorn status in August 2020, while Byju’s hold the position of the second most valued startup in India after Paytm.

As per the filings, the founder of Paytm holds equity shares in the company worth 90.51 lakhs. According to the estimates, it is supposed that Sharma’s stake in the company touches a whopping amount of $2.2 billion or Rs.16,990 crore.

Other startup founders also have stakes similar to that of Sharma. For instance, Raveendran of Byju’s stake in the company amounts to $3.5 billion.

With the support from SoftBank, Paytm became a unicorn in 2015. It has raised a total of $3.3 billion from multiple investors to date. T Rowe Price, Ant Financials, and Elevation Capital are among the list of its investors.