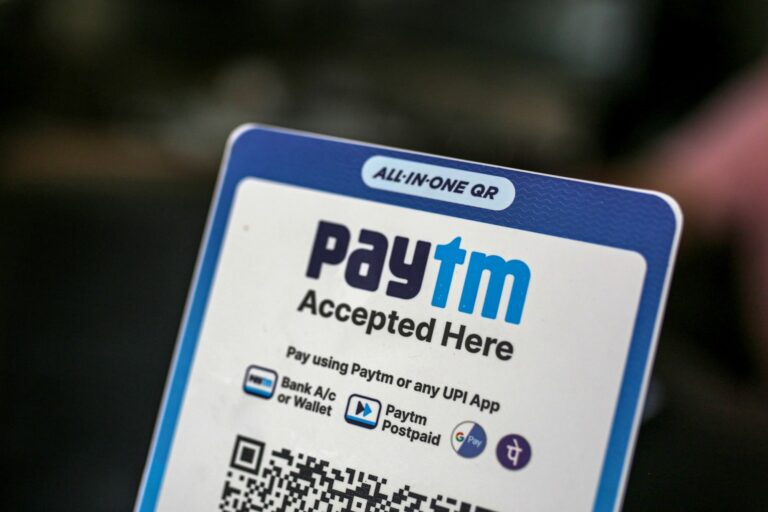 Paytm’s gross merchandise value (GMV) increased to Rs 1.66 lakh crore in October and November, compared to Rs 72,800 crore in the same time the previous year, according to a stock exchange filing. GMV is the total rupee value of all payments made to merchants using Paytm’s app, Paytm Payment Instruments, or other payment solutions. This growth was driven by the festive season as well as optimistic consumer sentiment when COVID-induced curbs were lifted and consumers started going out to make regular purchases.

Paytm’s GMV in October was Rs 83,200 crore, while it increased slightly to Rs 83,400 crore in November. Due to the festive season, when transactions are normally higher than the rest of the year, the month of October witnessed increased spending for digital payment and e-commerce platforms.

Moreover, the number of loans disbursed on the company’s platform increased by 414 percent year on year during October and November. In the first two months of the third quarter of FY22, 27 lakh loans were sanctioned, compared to five lakh in the previous fiscal year. Paytm disbursed 13 lakh loans in October, and 14 lakh loans in November 2021.

The total amount of loans disbursed amounted to Rs 1,320 crore, up from Rs 280 crore during the previous quarter under review. Paytm introduced a new credit card in partnership with HDFC Bank in October, following the announcement of their partnership a month earlier.

The total amount of loans sanctioned in November this year touched Rs 690 crore, compared to Rs 630 crore in October. However, the company noted that November 2021 operating metrics are not comparable to October 2021 figures due to the influence of the festive season in October as well as the difference in the number of days in the two months.

The fintech giant in a statement said, “We believe that Y-o-Y trend is the right comparable for looking at Paytm’s business. Furthermore, MoM trends, or even QoQ trends (either for this period or going forward) are generally not the right way to look at our business. This is the reason we show all our numbers on YoY comparisons.”

Paytm also stated that its monthly transacting users (MTU) increased in both FY21 and the first two-quarters of FY22. The trend continued in Q3FY22, with 632 lakh average MTUs in the first two months of the quarter, up from 466 lakh in the previous quarter – almost 36 percent increase YoY. In the months of October and November, the company added 1.6 million PoS and Sandbox devices, jumping from five lakh in the same period in 2020.

One97 Communications, which owns Paytm, reported losses of Rs 474 crore in the second quarter of FY22, up from Rs 437 crore in the same quarter the previous year. In the second quarter of FY22, revenue from operations increased by 64 percent year on year (YoY) to Rs 1,090 crore. The company noted in a regulatory filing that this was mainly attributable to 52 percent growth in non-UPI payment volumes (GMV) and almost three times growth in financial services.