Paytm Payments Bank Expect Curbs to be Lifted This Year In March, the Reserve Bank of India ordered a comprehensive audit of the company's IT systems, citing "material" supervisory concerns

Paytm Payments Bank is an Indian based fintech company that acts a payment bank. The company was founded 7 years ago, back in 2015, in Noida. The company enables its users to take part in mobile transactions and payments through their Paytm platform. The company came out to say that their debarment of onboarding new users might be lifted with the next half year. 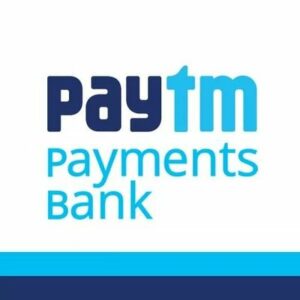 Two months ago, the Reserve Bank of India ordered the Payments Paytm Bank to arrange an audit after some crucial details including its business model were not revealed to them. Due to this, the apex financial institution of the country also barred the company from adding any new users to their customer base.

The banking institution is working closely and consistently with the Reserve Bank of India to finish the audit and clarify all of their questions and put this entire debacle behind them so they can move on with their business and daily operations.

The Reserve Bank of India has been keeping quiet about this issue in regular fashion and will come to a final decision before revealing any details to the press and public.

The chief financial officer of the company said that the audit is currently going on very smoothly and he feels that within the next three to five months, the entire issue should be solved.

The company also recently sold some shares to an external company which is a subsidiary to a Chinese based company. Due to this, the Chinese company has had the ability to access crucial data of    Paytm and the Indian consumers which rubbed the Indian government in the wrong way.

The Chinese conglomerate that owns the Chinese company is the famous Alibaba Group Holdings which is an e-commerce firm that dabble in retail, tech, and the internet. This company owns the Ant Group which is a Chinese fintech and they are China’s most popular digital payments platform. The platform is known as Alipay.

Recently, Paytm has been backed into corner with this controversy along with the company’s poor performances. The company last week reported a loss for the final quarter of the fiscal year that just passed and it has only been increasing. According to their data, the company’s spokes people have said that they will be breaking even only next year. This year seems to be critical time for the company and the next few months will dictate the future of Paytm.