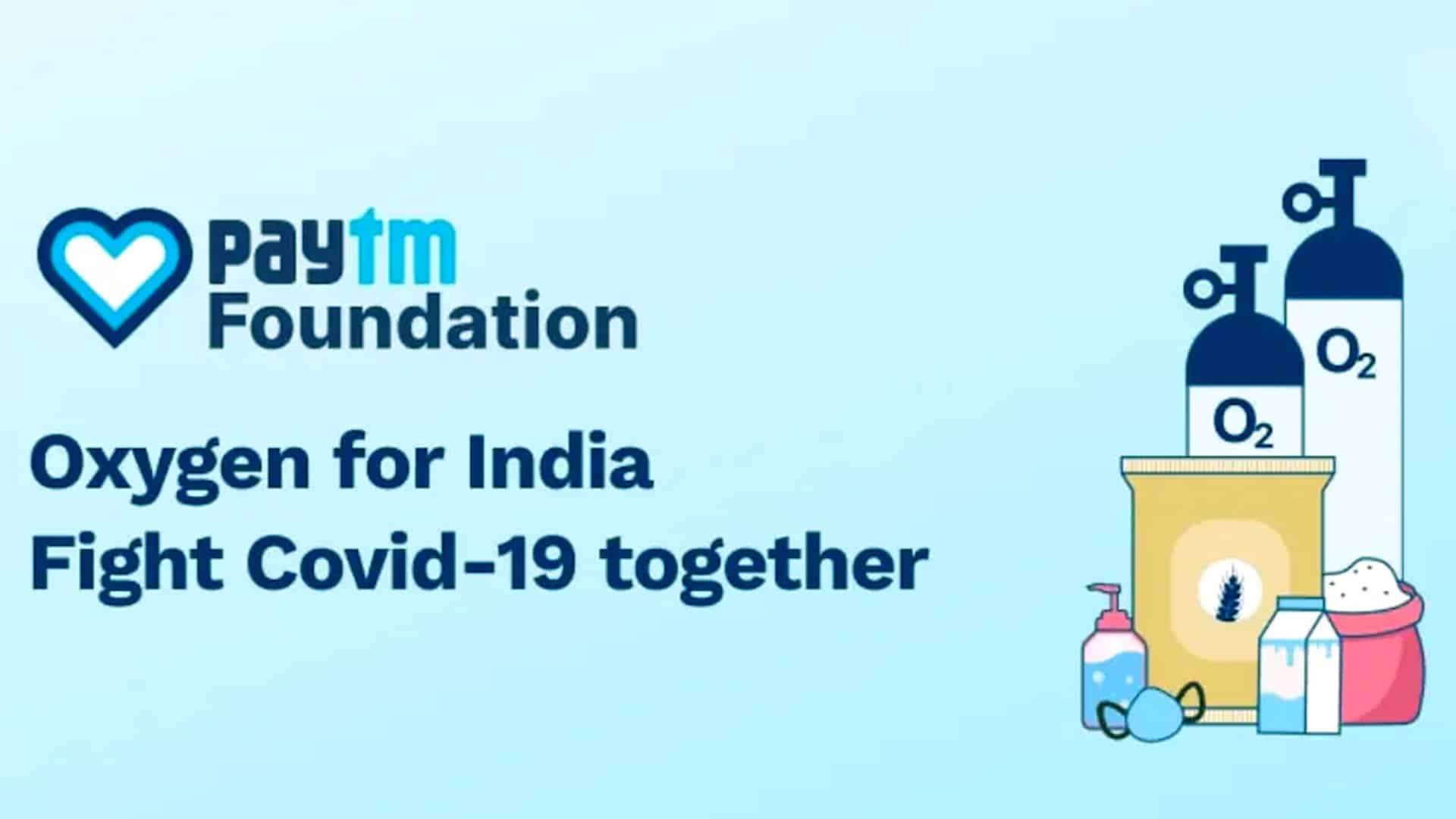 Paytm, an Indian, Noida, Uttar Pradesh based company- One97 Communications Ltd, owned and founded by Vijay Shekhar Sharma, just recently on Tuesday made an announcement that it is going to provide a total of 100 oxygen concentrators along with setting up an oxygen plant in the State of Gujarat. This initiative is an attempt to boost the fighting capacity of the people in the state and boost their morale.

According to the announcement made at the press conference by Vijay Shekhar Sharma, the Chief Executive Officer at Paytm, the oxygen plant is going to be set up in the city of Ahmedabad in the state of Gujarat. The oxygen concentrators will be provided to governmental hospitals throughout the city.

This initiative is a great step to support ‘Corona Seva Yagna’, which is an initiative by Governor of Gujrat- Acharya Devrat, in the homes state of Prime Minister Narendra Modi.

Founder & CEO VSS, Paytm, in the press conference said that- “We feel proud to extend our efforts to support Gujarat Governor Shri Acharya Devrat’s noble ‘Corona Seva Yagna’ initiative. It’s crucial in the time of crisis to provide a pillar of support to our fellow citizens as pandemic waves hit the shores. We aim to converge our resources along with the State Government’s initiatives to save as many lives of the people of Gujarat. These oxygen concentrators are our humble contribution to help overcome the oxygen shortage by the Gujarat citizens struggling with COVID-19.”

The governor during the press release said- “We acknowledge and appreciate Paytm’s proactive commitment and efforts to help our state. We are optimistic that our combined initiatives will thwart further disruption caused by the pandemic.”

Paytm did initiating this with collaborating with the Gujarat Government under its #OxygenForIndia initiative.

Paytm just recently said that it will set up another 12-13 more of such oxygen plants throughout the country to fight the recent shortage of oxygen amid the second wave of the Covid-19 virus, which has damaged the country and killed thousands of people from all fields of live. In addition to this, more than 21,000 oxygen concentrators will also be sent to government hospitals, COVID-care facilities, private hospitals, and nursing homes in the month of May.

“It’s crucial in the time of crisis to provide a pillar of support to our fellow citizens as pandemic waves hit the shores,” said Vijay Shekhar Sharma, CEO and Founder of the finance tech giant Paytm.