Peter Thiel Reelected To Facebook’s Board Of Directors 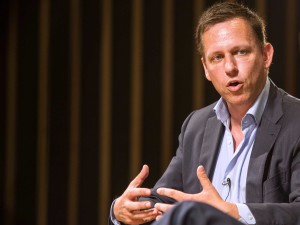 June 21, 2016: Making his fortune as a co-founder of PayPal and early investor in facebook, Peter Thiel, the controversial tech tycoon  to remain on the social network giant facebook board.

Thiel paid the lawyer who worked for Hulk Hogan in his suit against Gawker Media, eventually winning a massive judgement that led Gawker to declare bankruptcy. The vendetta that arouse from aGawker story published a decade earlier that outed him as gay which has led to thiel’s anonymous funding against Gawker Media.

In fact, he paid the lawyer to litigate several cases, of which the Hogan case was simply the most successful.  Being  an outspoken libertarian, Thiel has also turned off liberals in Silicon Valley by supporting the presidential campaign of Donald Trump and becoming the Republican’s campaign delegate in California.

Out of multiple classes of shares, facebook has only some available to the public  for purchase like many other companies in Silicon Valley. The founder Mark Zuckerberg and other members of the board essentially have unilateral control on all votes, as their shares weigh far more heavily in the final tally. Thiel’s  seat on the board of the social network site is likely safe, unless public outrage over Thiel’s actions against Gawker grows far stronger.

Also Read:  Why Zero To One By Peter Thiel Is One Book That Every Entrepreneur Must Read !