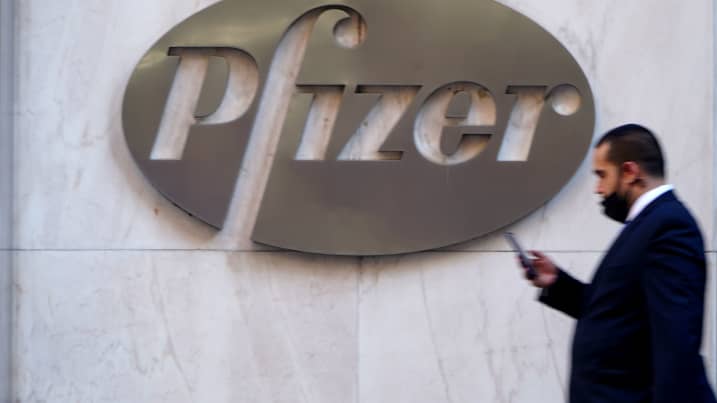 Pfizer Acquiring a cannabis medical firm for 6.7 billion The cash agreement would add a promising bowel-disease treatment to its pipeline

Pfizer said on Monday it would buy drug developer Arena Pharmaceuticals for $6.7 billion in cash. To add a promising treatment candidate that targets diseases affecting the stomach and intestine.

Pfizer has been acquiring companies in a bid to expand its treatment pipeline. Last month, the company acquired immuno-oncology company Trillium Therapeutics in a deal worth $2.22 billion as it looks to strengthen its arsenal of blood cancer therapies.

Under the terms of the agreement, Pfizer will acquire all outstanding shares of Arena for $100 per share in an all-cash transaction. The proposed transaction is subject to customary closing conditions, including receipt of regulatory approvals and approval by Arena’s stockholders.

“We’re delighted to announce Pfizer’s proposed acquisition of Arena, recognizing Arena’s potentially best in class S1P molecule and our contribution to addressing unmet needs in immune-mediated inflammatory diseases,” Amit Munshi, president and chief executive officer of Arena, said in a news release. “Pfizer’s capabilities will accelerate our mission to deliver our important medicines to patients. We believe this transaction represents the best next step for both patients and shareholders.”

This is the latest deal Pfizer has struck this year to expand its treatment pipeline. The company last month acquired immuno-oncology company Trillium Therapeutics for about $2.22 billion to strengthen its arsenal of blood cancer therapies.

“The proposed acquisition of Arena complements our capabilities and expertise in inflammation and immunology,” Pfizer executive Mike Gladstone said, adding the company plans to accelerate the clinical development of etrasimod.

Arena focuses on developing new treatments for various immuno-inflammatory ailments and has pipeline dedicated to cannabis-based therapeutics. At its core is Etrasimood, which is being developed for the treatment of ulcerative colitis and Crohn’s Disease. It is currently in late-stage development.

Arena is also developing a cannabinoid type 2 receptor (CB2) antagonist with a focus on visceral pain associated with gastrointestinal disorders.

The shares of Pfizer have been rallying since the company announced that it would acquire Arena Pharmaceuticals. Since the start of the market, PFE’s value has increased by more than 5%. PFE is currently trading at $55.30 per share at press time.

PFE is one of the best-performing stocks in the health sector so far this year. Year-to-date, PFE’s value has increased by 56%, outperforming numerous pharmaceutical companies in the process.