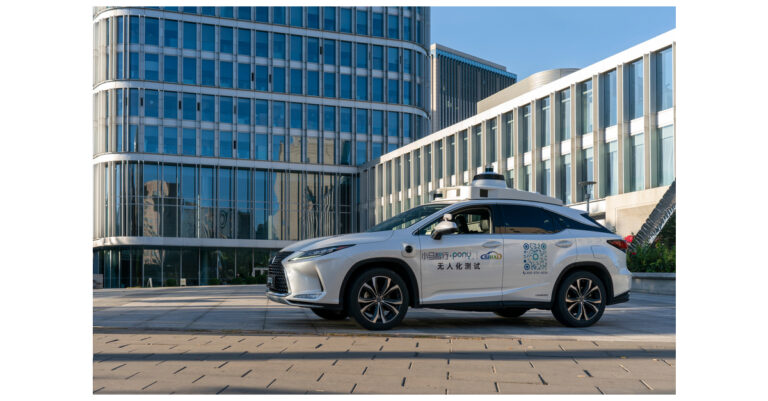 Pony.ai receives permit to deploy fully autonomous driverless vehicle on roads It is a road test permit and not for commercial purposes

Pony.ai, a leading global autonomous driving technology company is moving forward with its autonomous technology. It has been issued a fully driverless autonomous vehicle road test permit by the Beijing Intelligent Connected Vehicle Policy Pilot Zone. This applies to ten driverless robotaxis for testing in specific locations. They can be tested in challenging urban traffic scenarios across a 20 square kilometer area in the pilot zone in Yizhuang, Beijing.

The autonomous vehicles will be tested without anyone in the vehicle; a safety officer will monitor the test vehicles remotely. As with the other regulatory approvals in Beijing over the last year, Pony.ai is in the first batch of only two AV companies. In addition to receiving the driverless permit in Beijing, Pony.ai is also currently testing fully driverless vehicles in Guangzhou, laying the groundwork for future driverless applications and commercial operations.

Over the past year, the Beijing Intelligent Connected Vehicle Policy Pilot Zone has announced a number of autonomous driving policies in succession. In October 2021, the pilot zone opened up autonomous driving unmanned road tests for the first time and divided “autonomous” testing into three stages. The first one is that nobody is behind the steering wheel but a safety operator in the passenger seat. Then the second stage is, “nobody in the front row, but with a safety operator in the back row”. Finally, the last one is that it is going to be fully driverless.

The issuance of this permit represents that autonomous testing in Beijing has entered the third stage of “fully driverless”. To enter this third stage, AV test vehicles need to have met strict technical and operational requirements such as test mileage and disengagement rate; Pony.ai’s ten test vehicles successfully passed the tests without any safety issues. This permit builds upon other recent autonomous driving milestones for Pony.ai in Beijing: in November 2022, Pony.ai received approval to test with a safety operator in the back seat of the car, without anyone in the front row (stage two of the three stages).