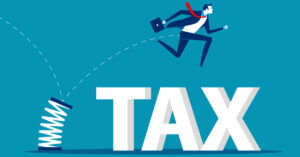 The Left-wing parties Bloco de Esquerda and Livre proposed taxing the digital assets last week. The proposal was asking the government to consider taxing crypto profits which exceeded $5,340. The bills were harsh and would cause a big hole in the investing capacity of the investors. But the Portugal parliament went ahead and disregarded the bills outrightly. They went on to announce that trading in digital assets is not considered as an investment income in the European nation. This announcement attracted start-ups and events to Lisbon, despite the fact that businesses accepting crypto do have to pay income tax on the revenue earned.

Portugal directs crypto into the land.

Portugal government has been taking steps to make crypto a more familiar concept in the nation. Making crypto tax free, is one of the biggest moves in that direction. An emigrant to Portugal in February praised the nation’s crypto adoption method. He went on to predict that one day bitcoin might become their legal financial currency.

Regulatory Framework is the key!

Many critics in Portugal believe that the government has made the right decision in letting crypto be tax free. Founder of Duoverse and Vmining, Derek Isaac Kaplan said, unreasonable taxes would have been catastrophic for the crypto sector to grow in the country. He also mentioned that, regulatory framework is the need of the hour for cryptocurrency in the country. Cryptocurrency industry is in the nascent stage and it needs space to grow and mature and to allow this, it shouldn’t be subjected to the same tax rates as capital gains, was quoted by Derek. This development will surely reflect that Portugal is a crypto friendly country and wants the crypto sector to prosper in the country.