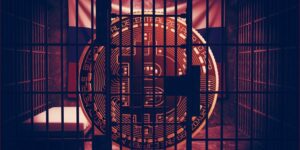 Instead, the central bank’s 40-page statement covers a wide range of topics and states that public feedback will be sought. Governor Lael Brainard, who has been selected as vice-chair of the Federal Reserve, is the project’s most vocal supporter, while other officials have raised reservations.

The Federal Reserve issued its long-awaited study on a digital currency on Thursday, outlining the benefits and drawbacks of the hotly discussed topic and inviting public feedback.

The 40-page study billed as “the first step in a public conversation between the Federal Reserve and stakeholders about central bank digital currencies,” avoids drawing any conclusions about a CBDC. The report was supposed to be released in the summer of 2021, however, it was postponed.

Instead, it examines all of the advantages, such as speeding up the electronic payments system at a time when most financial activities are already largely digital around the world. Financial stability threats and privacy protection while guarding against fraud and other illegal issues are some of the negative issues discussed in the research.

According to the paper, “a CBDC might fundamentally alter the structure of the US financial system, affecting the roles and responsibilities of the private sector and the central bank.”

In public comments on the CBDC, Fed Chairman Jerome Powell has been generally evasive. Fed Governor Lael Brainard, who has been nominated to be vice-chair of the governing Federal Open Market Committee, is the most vocal supporter of the proposal.

Several other Fed officials have expressed doubt about the digital currency, claiming that the benefits aren’t immediately apparent. One major distinction between the Fed’s currency and other digital transactions is that existing digital money is a commercial bank liability, whereas the CBDC would be a Federal Reserve liability.

That would entail, among other things, that the Fed would not pay interest on money held in its vaults, though some depositors may opt to do so because it is risk-free.

The report includes a checklist of 22 areas for which it is seeking public input. A 120-day comment period will be available. Officials from the Federal Reserve said the report is the first stage in a lengthy process, but there is no schedule for when it will be completed.

“As we analyze the merits and negatives of a central bank digital currency in the United States, we look forward to engaging with the public, elected representatives, and a broad spectrum of stakeholders,” Powell said in a statement.

The Fed’s “first study shows that a possible US CBDC, if one were developed, would best serve the needs of the United States by being privacy-protected, intermediated, broadly transferrable, and identity-verified,” according to the report issued Thursday.

The paper does declare, though, that it “is not designed to achieve a specific policy conclusion and takes no opinion on the eventual acceptability of” the digital currency.

The rapidity of a Fed-controlled system in the event of a necessity, such as the onset of the Covid epidemic, to send stimulus funds to individuals rapidly is one of the most well-known advantages. The ability to provide financial services to the unbanked has also been mentioned as a plus.