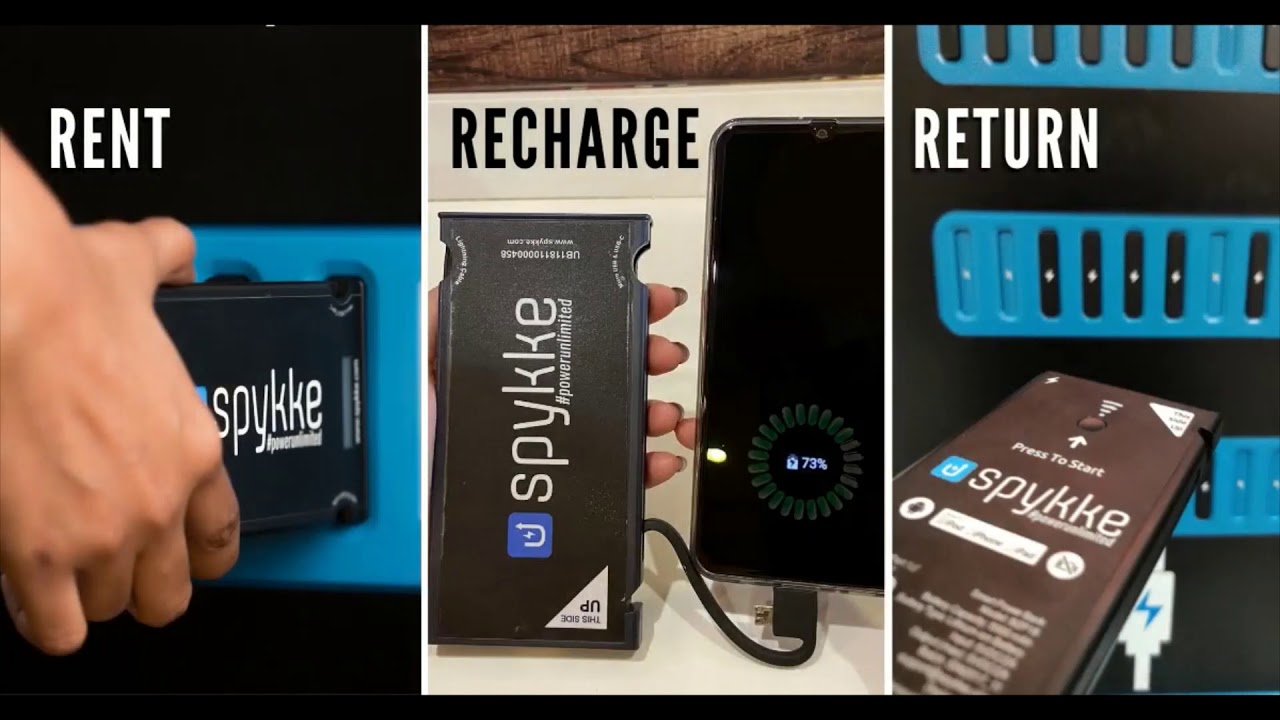 Spykke is a Bengaluru-based power bank rental service platform that has recently announced its launch in India. The start-up is co-founded by Ramani Iyer, co-founder, Justdial. Spykke offers power-bank based charging stations for nearly all smartphone mobiles.

Founded back in 2019 by Pavan Pudipeddi (Chief Executive Officer and co-founder), Anand Kataragadda (Chief Technology Officer and co-founder) and Ramani Iyer (co-founder and Managing Director, Spykke is known to have already achieved the widest smartphone power bank on-rent services network in India. According to several reports, it is mentioned that the start-up is currently available in over 11 cities in India and is live at approximately 8,000 locations.

Spykke Innovations is one of India’s leading digital lifestyle consumer brand that focuses on the power bank charging station as a rental service. The Bengaluru-based company is primarily focused on driving innovations and developing unique innovative products that empower its consumers and ultimately enhance their lifestyle, as mentioned in a report by India TV News.

According to several sources and analysts, Spykke mobile phone charging- power bank rental service shows great potential in the Internet of Things (IoT) market in India. The report by India TV News highlights that the company has approached a very aggressive and serious growth trajectory since its inception. The point is evident by the fact that Spykke has partnered with over 3500 partners in only 6 months of business. The start-up is available in mostly all populated locations where a possibility of using a rental charging station is high. These areas include Malls, Railway stations, Airports, Cafes, Metro Stations, Tech-parks, corporate parks, hospitals, Hotels, Universities and much more.

According to the company profile, Spykke is presently available in Pune, Coimbatore, Hyderabad, Mumbai, Bengaluru, Jaipur, Chandigarh, Kolkata, Lucknow, Delhi NCR and Chennai. As mentioned before, the platform is on a rapid growth scale and plans to expand to newer geographies across India. The way Spykke works include people walking at the charging station rental service outlet, rent a Spykke power bank by scanning the QR Code. The power banks are high quality and can be used for any smartphone that uses Micro-USB, lightning cable for iPhones and also Type C charging cable. After usage, one can return the power bank to the nearest Spykke charging station.

Spykke is a homegrown start-up and aims to achieve a considerable market share in the Indian economy with its power bank rental service. The start-up also aims to be a part of Indian initiatives such as ‘Start-up India’ and ‘Digital India’ as well, according to a report by India TV News.