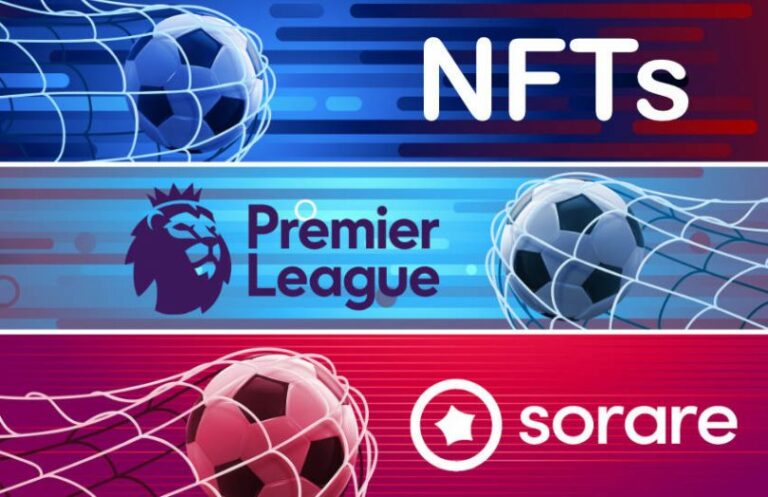 The premier league which is seen as the famous European sport event and the soccer competition has partnered a multi-year deal with a digital platform company Sorare for the NFT creation of players during the game. The deal is valued at $34.7 million per year and is considered a multi-layer deal between the NFT creator tech company Sorare and the European league organizers.

The deal between the sorare and the premier league will make the NFTs of the players in the form of static images during the games and will be available for sale in the form of NFTs in the subsequent parts of the games.

The NFTs are the digital tokens that are created with the help of technology integrations and human creativity or human realistic events. The unique aspect of NFTs is that once its made they cannot be recreated or copied by others because all the transitions about them are saved in the blockchain.

What is the Dapper Labs?

Dapper Labs is a blockchain organization that made the platform for the ”NBA Top Shots” in recent times. The platform has been considered to work with the premiere league in near future for the creation of NFTs along with other companies signed by the premier league.

The company uses the blockchain based on Ethereum and has been working on the creation of fantasy sports games. The company has been able to bag the deal with the European premier league and is considered the next billion-dollar company in the digital space. Along with the premier league the company had already added a deal with the NBA for sports events. The company also raised $680 million in its next funding rounds and is considered to have a valuation of about $4 billion.

The company was in discussions with the premier league for the deal of NFT contracts and has been working on the process at this moment. The company has been long into the preference but no final words have been disclosed by the authorities consequently, the premier league has to continue the deal with the Sorare as the sports event is heading soon in the next few days.