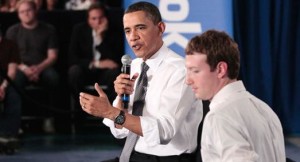 June 25, 2016: President Obama told 700 entrepreneurs around the world that their leadership is needed to bridge the world’s growing cultural rifts after Britain voted to leave the European Union

The president spoke at Stanford University, which hosted the seventh annual Global Entrepreneurship Summit, where aspiring business leaders from as far away as Rwanda, Uruguay, Egypt and Pakistan took part.

GES is a personal initiative of Obama to bring entrepreneurs from across the globe on one platform.

Obama said, “Yesterday’s vote speaks to the ongoing changes and challenges that are raised by globalization.”

“It is really fitting that we are all gathered here for this, the final gathering of the GES under President Obama. But it will continue, and as you all know, will take place next year in India,” the US Secretary of State, John Kerry, had said in his address to the summit yesterday.

On Friday, when he sat down on stage in a panel moderated by Obama, Facebook CEO Mark Zuckerberg repeated calls for a more connected world. He said that boosting Internet connections would help founders around the world gain access to information and opportunities.

“We are better off in a world in which we are trading, and networking, and communicating and sharing ideas,” Mr. Obama said before a panel discussion with Mark Zuckerberg.

Over 700 entrepreneurs and more than 300 investors from 170 countries are attended the 2016 Global Entrepreneurship Summit.