The Delhi Government has recently adopted an Electric Vehicle Policy under which a decision has been made to exempt road tax on vehicles which are battery operated. This decision intends to push the sale of Electric Vehicles in the capital of India.

We are all aware of the pollution and smog that is generated every year in Delhi and how traffic and pollution are impacting the environment and our health. Under the current governance of our Prime Minister Mr Narendra Modi, policies are being made and amended to hike the sale of Electric Vehicles in the country to reduce pollution and limit the import of Petrol and Diesel. The government has also recently announced incentives on setting up an EV battery manufacturing plant in India which is encouraging in-house production to limit dependency on other countries. PM is encouraging the nation to become “Atma Nirbhar” in all of these aspects. 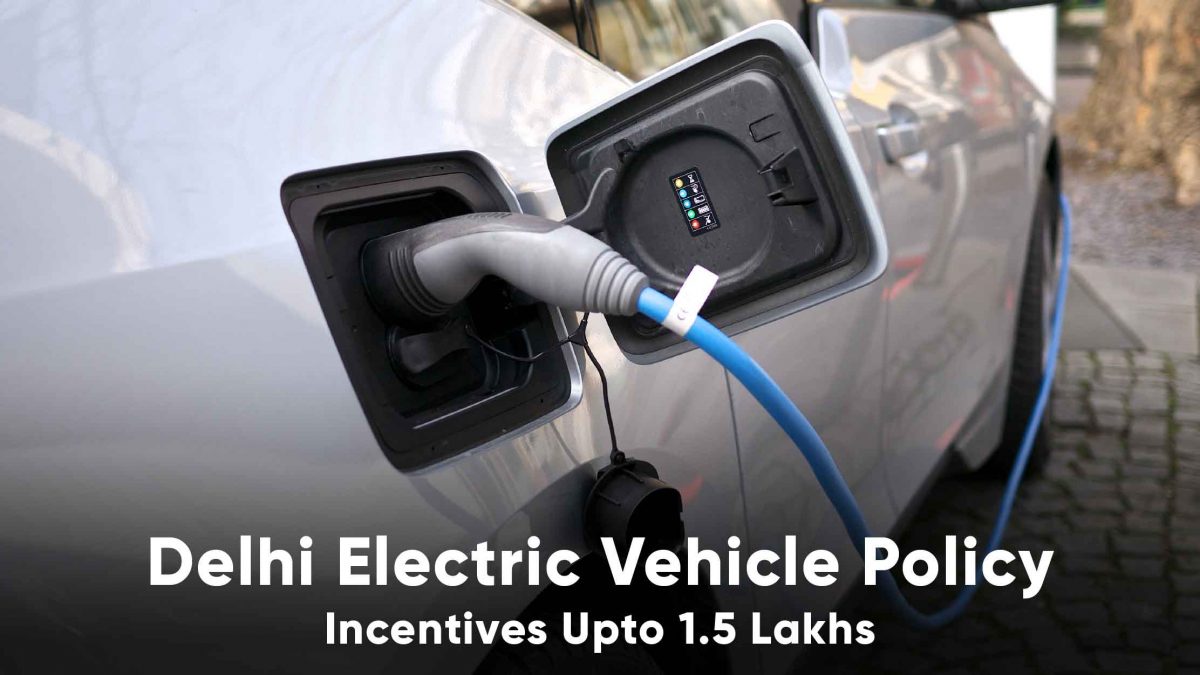 India has been very slow in this transition from traditional gas-burning vehicle engines to battery-powered Electric Vehicles and analysts believe that Delhi’s new policy changes will push the sales and is definitely a strong start.

Delhi government under its new EV policy will provide financial incentives on buying Electric Vehicles. The incentives start from the purchase of two-wheelers with financial assistance up to Rs. 30,000. Followed by Rs. 1.5 lakhs on four-wheelers and again Rs. 30,000 on e-rickshaws and auto-rickshaws.

According to an official release from the Arvind Kejriwal led government, the order to exempt the registration fee on buying Electric Vehicles shall be issued in three to four days.

Chief Minister Arvind Kejriwal had announced the Electric Vehicle Policy 2020 intending to speed up adoption rates of Electric Vehicles in Delhi. Delhi has been a victim of pollution from vehicles for many years and each year the consequences get worse.  From accidents due to dense smog situations to long term health risks and breathing problems suffered by the elderly, pollution from vehicles is a disaster and CM Kejriwal is headed in the right direction by issuing incentives on adoption of Electric Vehicles.

Prime Minister Narendra Modi’s government is also in talks with Elon Musk’s Tesla to be introduced in India. Tesla says that the import duty of Tesla in India is almost equal to the vehicle’s cost which will make Tesla literally unaffordable in India. Arrangements and talks are in progress and hopefully, Premium Tesla Electric Vehicles will soon be running on Indian roads.