Does Your City Have All The Features Of This Smart Village? 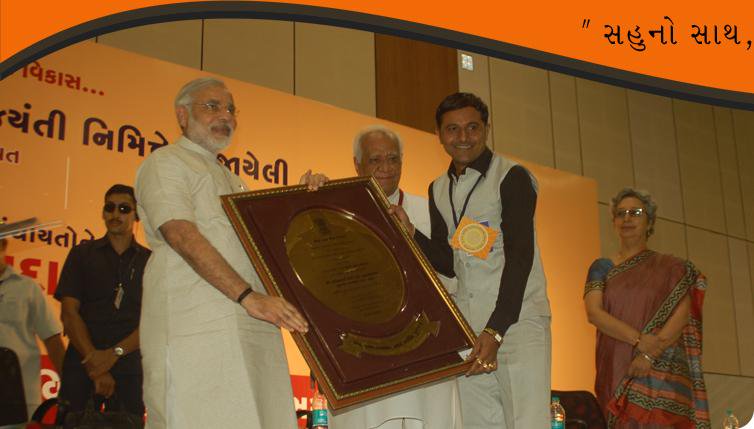 “India does not live in its towns, but in its villages” Mahatma Gandhi had said. Census 2011 states that about 70% Indians live in rural areas. But, urbanization rates have been alarming as the rural population is migrating to urban areas in search of better economical and social prospects.

This leads to tremendous pressure on urban infrastructure services and disruption of agricultural economy. To stop this migration, villages have to empower themselves and provide better standards of living for its inhabitants.

One such village which has provided better quality of life to its citizens is Punsari. Punsari is located at a distance of 80km from Gandhinagar in Sabarkantha district of Gujarat state. It is well connected by roads and public transport to the nearby cities.

The village of around 6000 population, boasts of its own water treatment plant, air-conditioned and smart-classroom equipped schools, wi-fi connectivity, own public transport and the facilities that even a city-dweller doesn’t have access to.

It has public address systems installed across the village. The day starts with Bhajans aired through these speakers from the Panchayat office. The public address system is mainly used by Sarpanch to make important announcements regarding festivals, government schemes and emergency situations. There is a mini-bus meant for public transportation within the village which helps the dairy farmers take their milk to the dairy collection centre and the school students to reach their school on time.

The bus service is free for women and children. There is a tractor attached with a trailer which collects waste from each household and the sweepers, who sweep the streets. There is a pilot-plant which converts this waste into electricity.

All roads are paved with concrete which have solar-powered streetlights at regular intervals. The village wants to give utmost importance to education. The village has a school which has air-conditioned classrooms equipped with computers and projectors for smart learning making it easier and enjoyable for the students.

The school has its own RO treatment plant for providing cool and safe drinking water for the students. The school has toilets for both boys and girls. These facilities have ensured zero dropouts from the school.

The village has a library on wheels, which is positioned at different location on different days of a week from where villagers can borrow and read books. The free wifi makes the villagers, especially the younger generation tech-savvy. The village has a skill-development centre which enrolls young men and women and gives them training in computer skills, tailoring and other skills for making them self employed.

The primary health care centre has made sure 100% vaccination for all its residents and gives proper treatment free of cost. The village panchayat pays an annual premium Rs.25 lakhs against insurance for its 6000 inhabitants who have coverage of Rs.1 lakh and a mediclaim policy of Rs.25000 per head.

The villagers have adopted modern agricultural technologies such as drip irrigation which supplies the exact amount of water a plant needs, thus avoiding water wastage and soil erosion. The village has a toll-free no. through which the residents can register their complaints directly to the Panchayat office. The village panchayat has its own website. The village has CCTV cameras installed at important locations for surveillance which is monitored from Panchayat office.

All this has been possible because of strong leadership. The village Sarpanch Mr. Himanshu Patel is a 31-year old man who first became Sarpanch in 2006 when he was just 23. After he became Sarpanch he started taking new initiatives to transform the village. The only source of finance has been central government and state government grants.

Related Read: Do You Know About The Features Available In India’s First Smart City ?

He says,”It is only smart planning, dedicated people participation and non-corrupt system that lead to developing such a village”. The primary aim is to retain the villagers in the village and also attracting those who migrated.

The village has been selected as a model village to be replicated across the country, so that each district has at least one such village from which other villages can learn. Many union ministers, ministers from other states and panchayat members from other villages have visited this village to learn from it. This village is the best example for Dr. A P J Abdul Kalam’s vision of Providing Urban Amenities to Rural Areas (PURA) scheme.