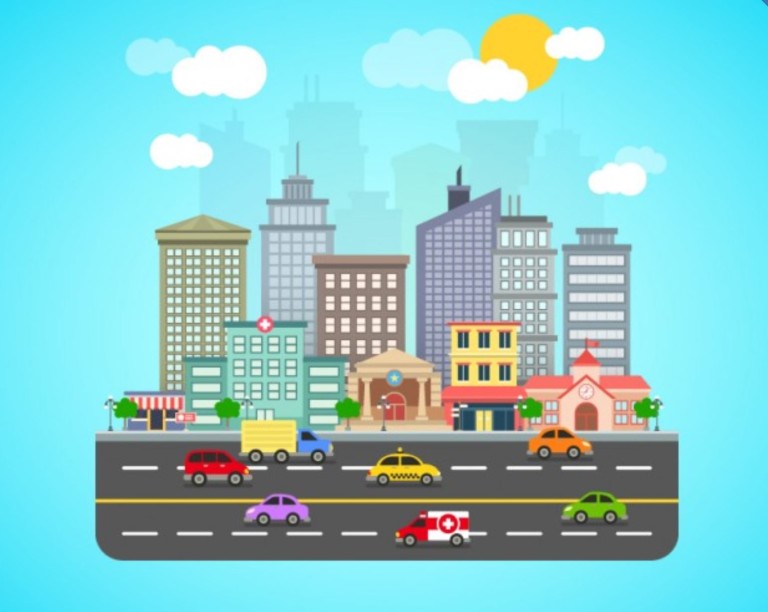 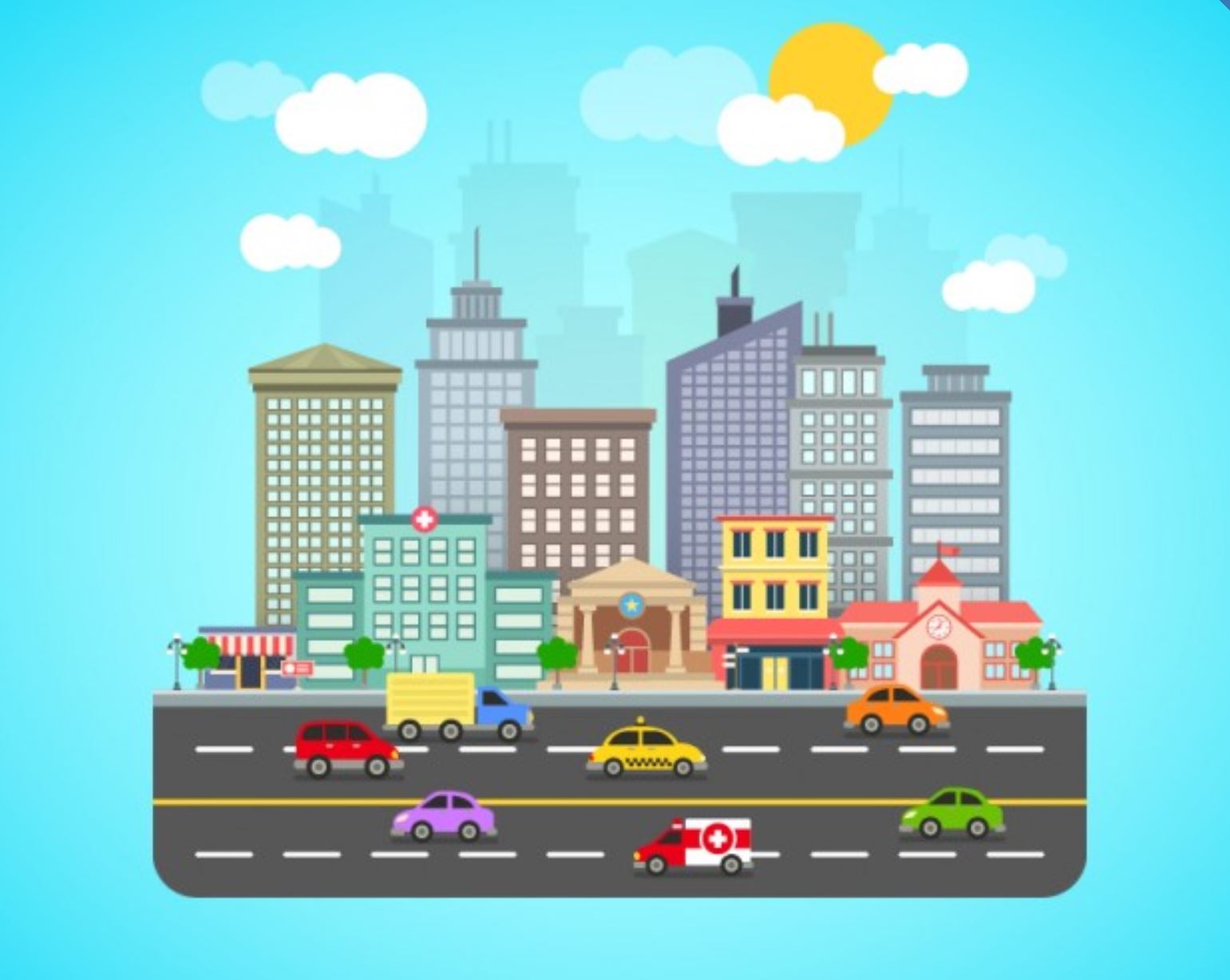 We have seen Digital India, Make in India and Startup India Standup India, they are all elements of one main system, that is to attain that developed nation status. Before giving out the details of another element of this mission, try to define SMART! and the really smart ones know that there cannot be a single definition for that and it differs according to the scenario it is being defined in. The same holds for SMART CITY too, the Business Dictionary defines smart city as

“A developed urban area that creates sustainable economic development and high quality of life by excelling in multiple key areas; economy, mobility, environment, people, living, and government. Excelling in these key areas can be done so through strong human capital, social capital, and/or Information and Communication Technological (ICT) infrastructure.”

Now, that’s a broad definition, and it is pretty much states that with so much advancements in the technology, it would be wonderful if cities become smart enough to talk and give live status updates about everything that is happening within the city at any particular instant of time. But,  for a developing country like India, the definition slightly varies; the Indian Government launched Smart Cities Mission in June, 2015 under the Ministries of Urban Development. According to India, the definition of Smart City is

“Smart City offers sustainability in terms of economic activities and employment opportunities to a wide section of its residents, regardless of their level of education, skills or income levels”

The Smart Cities Mission of the Government is a bold, new initiative. It is meant to set examples that can be replicated both within and outside the Smart City, catalysing the creation of similar Smart Cities in various regions and parts of the country. Althought it looks like an easily achievable task according to the theoretical Indian definition, it is not so practically. The government has taken various steps to empower the entrepreneurs, technologists, and common citizens; it is their collective effort that would help to achieve the smart city mission.

The objective is to promote cities that provide core infrastructure and give a decent quality of life to its citizens, a clean and sustainable environment and application of ‘Smart’ Solutions. A comprehensive development of infrastructural, institutional, social and economical growth constitutes the major part of sustainable development and this can be achieved by integrating the governmental plans to suit the requirements of the urban dwellers, and technology plays a major role in this integration.

How to be a Smart City?

The focus is on sustainable and inclusive development and the idea is to look at compact areas, create a replicable model which will act like a light house to other aspiring cities. In answer to how to be a smart city? For a moment, let’s try to come up with a step by step procedure for converting an urban city into a smart city. First, a potential city preferably an already established metropolitan is chosen and the day to day problems faced by the citizens are listed and prioritized. Then, we establish a vision and mission statement as to how those problems are going to be addressed and solved, this vision and mission statement should ensure business investments, political support and also encourage residents of the city to work for a common welfare. Hence it is a collective effort from all the residents of the city and they must be reminded that it is their responsibility and pride to stay in a smart city.

Guidelines from the Government

The government of India has given a few core fundamental requisites that are to be included during the transformation of a city to smart city. They include: 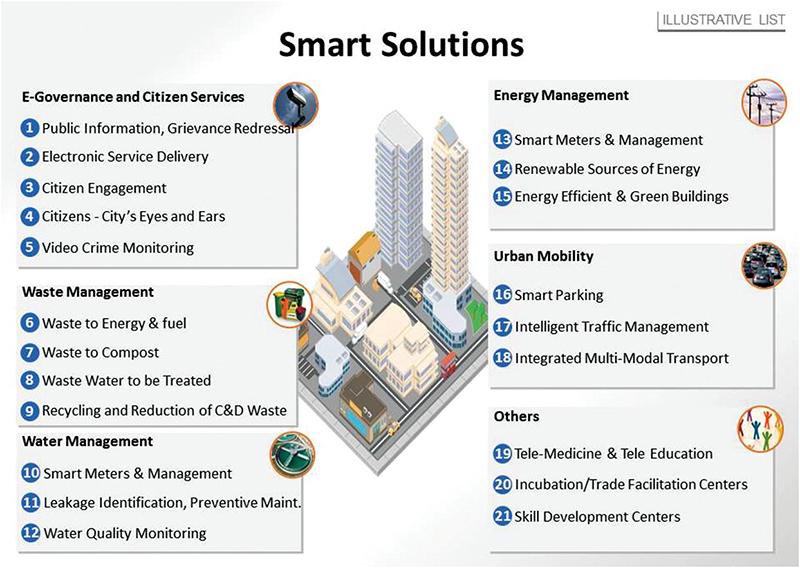 From the illustrated list, it is evident that smart cities can make the lives of citizens better by bringing every black and white documents online, this creates better transparency amongst the residents and government officials, there would be more number of engagements and not just long standing queues outside government offices. The waste discharged from the households and commercial areas are properly treated before they are allowed to mix with the natural resources and also to recycle them so they can be utilised for conversion into energy, fuel or treated as compost. The water and energy management will look into various aspects like pollution, quality, renewability and preventive maintenance. Smart cities will pave way to less congestion in the cities with an intelligent traffic management system and better mobility, it will also facilitate improvement in hyperlocal knowledge with respect to trade, medical, man power, education etc.

According to the government, the various features and benefits of comprehensive smart cities can be listed as:

For further info on Governments’ guidelines on 100 Smart Cities project, check out the link!