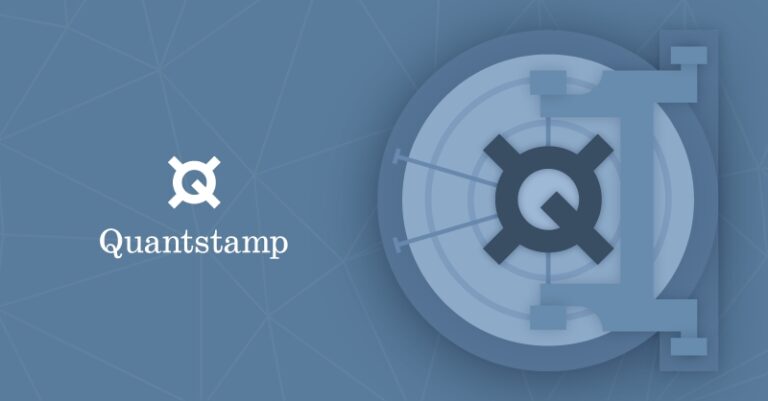 Quantstamp: Everything you need to know

The crypto world is nothing but a decentralized platform that uses blockchain technology for all of its operations. Speaking of blockchain technology, for some of you wondering what it is, blockchain is simply a commonly known technology especially in the world of cryptocurrencies and is responsible for verifying and recording all the transactions that happen over the network and eliminating any and all risk in respect to counterfeiting as well as double-spending for that matter.

Now that you have a brief backstory about the crypto world, you will be able to have a much better understanding of what we have with us today, Quantstamp. To know more, I suggest you read further!

Everything to know about Quantstamp (QSP)

Quantstamp or as commonly referred to as QSP is nothing but simply a leader in blockchain security, providing blockchain solutions as well as expert security audits. In other words, think of Quantstamp as a security auditing protocol for smart contracts.

Basically, as an apps platform, Ethereum has actually proven its security time and again but, as a matter of fact, apps and smart contracts on top of Ethereum may still have a lot of bugs in which malicious players can easily cause significant disturbance on the network. The two major examples of which include the 55-million-dollar DAO hack as well as the 30 million dollars Parity wallet bug.

Also, all of these issues not only affect the people who have had their funds stolen but diminish the credibility of the entire ecosystem. On the other hand, Quantstamp is making smart contracts much more secure through automated software testing and an entire system of bug bounties.

However, the team is trying hard to build the protocol to be available on platforms of decentralized applications in the long run. Quantstamp being one such industry where security is a primary concern and the bugs have caused the theft of millions of dollars, should help to legitimize blockchain projects as well as ensure the large-scale smart contracts hacks are behind us for good.

In addition to this, several top crypto and enterprise companies are known to choose Quantstamp in order to secure their blockchain applications including MakerDAO, Ethereum 2.0, eToro, Binance, Chainlink as well as World Economic Forum for that matter.

Before moving any further, it is worth noting that, QSP is the native utility token of the Quantstamp platform, which as a matter of fact can be used for a variety of purposes on the platform itself. Furthermore, QSP is an ERC-20 token that is known to be made use of for verifying smart contacts on the decentralized QSP security protocol.

Apart from this, users can easily purchase automated scans of smart contracts with QSP, while validators can easily earn QSP for helping it provide decentralized security scans on the network at protocol.quantstamp.com. In simpler terms, QSP can be used for smart contract audits, can be earned by running verification nodes, and can be used for proposing and voting on several network upgrades as well.

Although the said team is now focusing on Ethereum, they are also building the Quantstamp protocol in a way that is platform-agnostic, which means that it can eventually be used on other smart contracts as well including NEO and Lisk. Also, it is worth mentioning that, the Quantstamp protocol has a two-pronged approach to security auditing including an automated bounty payout system as well as an automated software verification system.

Lastly, in November 2017, Quantstamp is said to have had a rather successful ICO in which the entire team was able to raise a little over 30 million dollars, out of which, distributed 650 million QSP or about 65 percent of the one billion total supply to ICO participants at a price of nearly 0.072 US dollars per token. After this ICO, the QSP price managed to stabilize at around 0.10 US dollars by the end of November.

Now that you have a brief backstory about the crypto world, you will be able to have a much better understanding of what we have with us today, Quantstamp. To know more, I suggest you read further!

As of today, the price of Quantstamp is about 0.096503 US dollars with a twenty-four-hour trading volume of 59,705,761 dollars. Not just that, in just the past twenty-four hours, the value of Quantstamp has gone up by 34.47 percent, and with the current market cap of 68,884,369 US dollars, QSP is currently placed at #466 position as per the CoinMarketCap rankings.

Also, it is worth mentioning that, the current circulating supply of Quantstamp is 713,801,947 QSP coins, but unfortunately the maximum lifetime supply of the token is not yet available. In just the past week alone, the price of the platform has risen by 148.38 percent.

Reading so far, you must have gotten a fair understanding of the platform and by now, you should be able to figure out on your own whether or not investing in Quantstamp is the right thing for you to do. Seeing what it has to offer when combined with its performance in the recent past as well as its plans for the near future, I certainly believe that Quantstamp can prove to be a profitable investment shortly, which is likely to provide you with higher returns and it is a possibility that your current investment may increase in value. But again, nothing can be said for sure!

If still not convinced, see it this way that, if say you buy Quantstamp worth a hundred dollars today, you will receive nearly 1029.434 QSP. According to the analysis done by experts on the field, after five years of your investment, the return is expected to be about +56.54 percent and thus, your current hundred-dollar investment will be nearly 156.54 US dollars in 2027.

As mentioned at the very beginning, crypto is a highly volatile marketplace and is extremely uncertain. Thus, you need to understand the fact that just like any other currency in the crypto marketplace, Quantstamp does have its own risks as well and you should invest only if you are willing to take those risks and bear any losses if at all necessary.

If you are wondering, where can you buy Quantstamp? Let me help you with that. Currently, Quantstamp is available on all major crypto exchanges but, some of the popular exchanges that have QSP listed on them include Coinbase Exchange, Binance, Huobi Global, Gate.io as well as Uniswap to name a few.

In conclusion, what are your thoughts on Quantstamp? Do let us know in the comments area below. To know more about various cryptocurrencies, do check out other articles we have on our website. Thank you for your time & if you found our content informative, do share it with your investor friends!

Also read: IDEX: Everything you need to know