Reliance is one of the most profitable companies in India. Recent reports suggest that Reliance added approximately 2.32 lakh jobs across all its businesses and Reliance retail was one of the biggest employers during the financial year 2022. Go through the entire article to learn more about this news.

It has been reported that the total workforce of reliance was close to 3.34 lakh at the end of the financial year, 2022. As per Times Now reports, 2.32 lakh jobs were added in the fiscal year 2021-22. 168,910 jobs out of these jobs were added in the retail industry while 57,883 were added to Jio. Reliance is one of the precious companies of India and its market capitalization is estimated to be 17.45 crore rupees.

Various reports suggest that Reliance is the largest taxpayer in India. According to factual data, payment of taxes helps the government develop the nation’s infrastructure and provide better amenities to its citizens.  It has also been reported that the company gave 188,000 to the National Exchequer. The company’s contribution to the National Exchequer jumped to 38.8% in the fiscal year 2022. This makes up for 5.4% of the government’s budget for expenditure for the fiscal year 2022 of rupees 34.83 lakh crore.

Mukesh Ambani is one of the most loved and well-respected industrialists in the country. He is the person behind the success of Reliance and is currently the chairman of the company. The company has its headquarters in Mumbai, India. It continues to be one of the largest employers in India. A rival to some and a guru to others, Mukesh Ambani’s company is one of the most successful companies in India. Reliance has become a household name. According to reports, Mukesh Ambani is currently the richest man in India.  He has also been listed in Forbes magazine multiple times under the Billionaire’s List as he has a net worth of $90.7 million rupees. 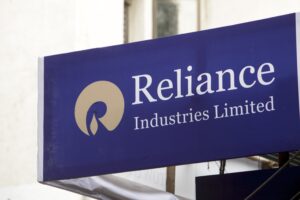