Billionaire Richard Branson and Jeff Bezos do not identify as ‘astronauts’, says U.S 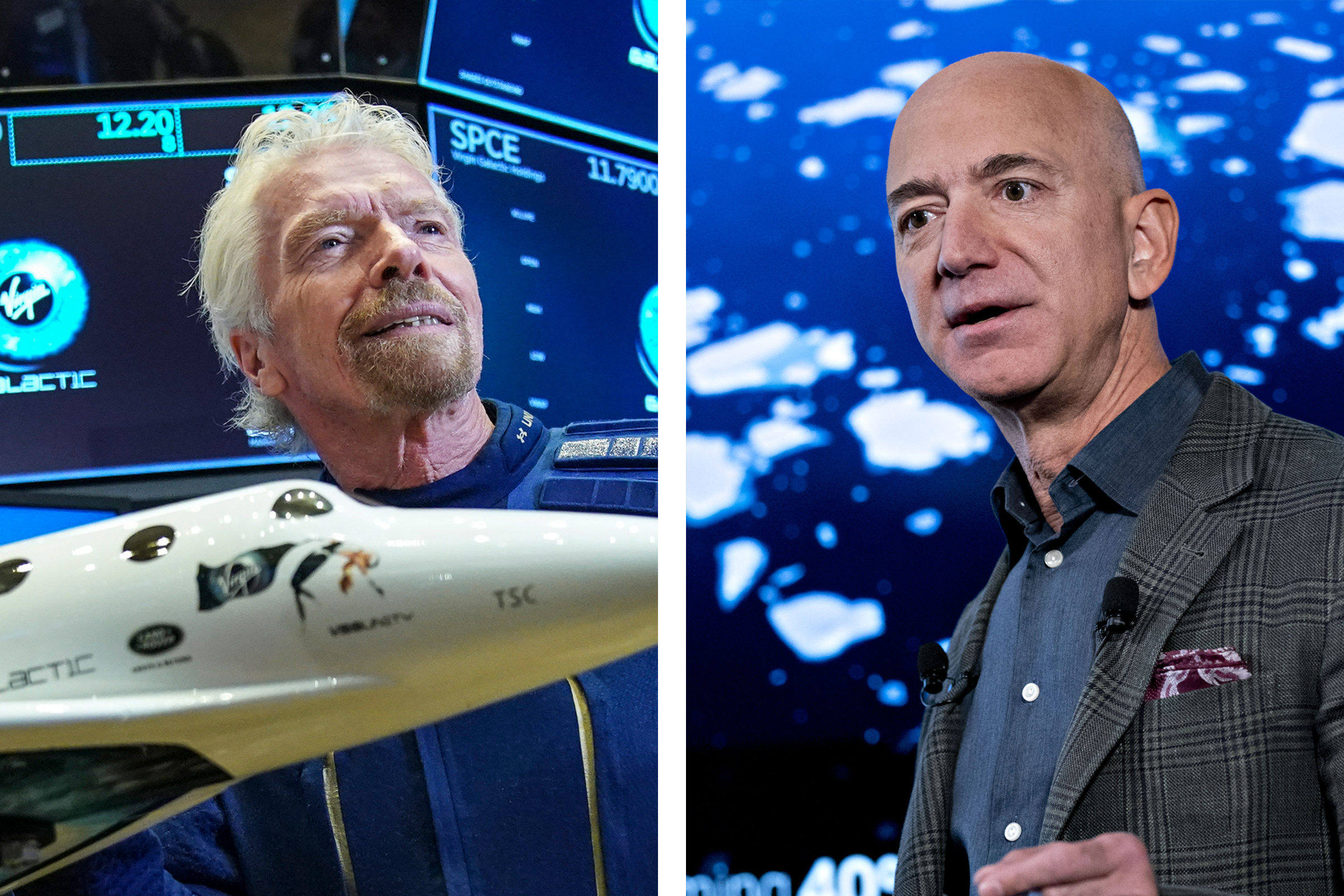 As you all must know, Sir Richard Branson- the founder of Virgin Galactic and Jeff Bezos- founder of Amazon and Blue Origin went onto a little ‘out of the world’ trip, just beyond the Earth’s atmosphere to be called the first and the second billionaires to have ever been into space, respectively.

Until now, these billionaires were claiming themselves to be deemed as ‘astronauts’ as they both went beyond the 50 miles (80 km) boundary above the Earth’s surface which is the recognized limit for someone to be entitled as “astronauts”. But, in a move by the United States New Federal Aviation Administration (FAA), the dreams of these billionaires seem shattered because of the new rules put in place.

According to a report by BBC, the New Federal Aviation Administration rules say that for someone to be called an “astronaut”, they must be a part of a flight crew and must make certain contributions to the space flight’s safety.

This clearly means that Sir Richard Branson and Jeff Bezos cannot title themselves as astronauts, just yet! These two billionaires are not astronauts in the records of the United States government which is a big blow for the two gentlemen and anyone who was planning to make a trip outside the planet.

However, both these billionaires crossed the 50 miles threshold above the Earth’s surface, only to be able to experience complete weightlessness and to be titled as “astronauts” but FAA rules otherwise. Reports suggest that these new rules were established on Tuesday, the same day on which Jeff Bezos was aboard the Blue Origin spaceflight.

The FAA says that astronauts must have deemed responsibilities to contribute to spaceflight safety or they must have roles that are essential to public safety.

And well, the crew members aboard the Virgin Galactic and Blue Origin spaceflight had literally no role to play, except for sitting and experiencing how the edge of the world feels like. So, they do not qualify to be called astronauts, according to the United States.

Furthermore, the Commercial Astronaut Wings program rules were updated to be more in line with a space-goer’s role to protect public safety during commercial space flights, as mentioned in a report by BBC. The report further mentions that those who are wanting to be called astronauts for the commercial wings, need to be nominated for the title as well. But the agency is currently not reviewing any submissions.

In conclusion, the BBC also mentions in its report that the Federal Aviation Administration says that these honorary awards such as commercial astronaut wings can be granted only on the basis of merit that is only at the discretion of the FAA’s associate administrator.