As Rivian R1T delivery date is coming, more videos come up. This time the pre-order holders get a chance to test the electric pickup. “Let’s see what this thing can do.” –  said Kris W., Rivian Preorder Holder before the test drive. 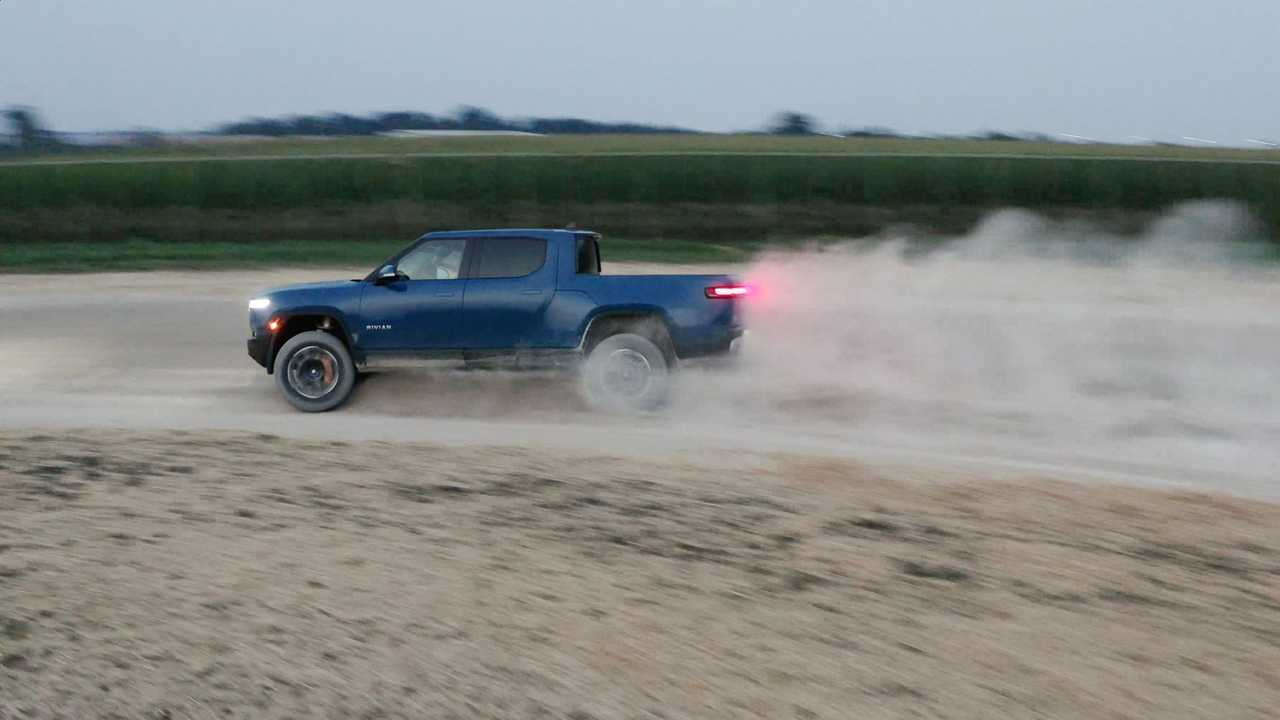 As adventure is the main concept behind Rivian electric pickups, pre-ordered customers are also excited to drive. The choice of customers is interesting as even kids below 18 got to experience the ride from the back seats. Also, customers who drove included people from various age groups, both young and older generations. Such diversification shows that no matter who they are, everyone would like to be part of the ride when it is with Rivian R1T.

A lady in the video asks the Rivian guide, “So when I punch it do I just floor it?”. Such a new feeling while driving an electric vehicle for the first time is all obvious. It seems to be a smooth ride for all the riders. R1T’s Quad motor all-wheel drive makes it easier for mountain driving. Also, the electric powertrain is a much different experience while driving off-road.

Rivian is the first company to give regular customers a chance to drive electric pickup. While competitor companies are yet in the process of development, including Tesla. Rivian definitely has an upper hand in terms of timing.

Once the pickup is in the market, more customers will get a chance to test the vehicle in real-life circumstances. Tests shown in the above video were on Rivian’s adventure test track. On many occasions, the R1T was taken for a test drive on intense off-road locations. Each time it proved to be incredible as the ride goes smooth and the vehicle is as it was initially (except for the dust).

The final specs are not revealed yet. However, the known specifications are 300 miles range, with other range options available at 400 miles and 250 miles. Rivian will be first in many ways, all this is also the first model to be released with four electric motors. And if the deliveries start by September as announced last month, it will also be the first electric pickup in the market.

Despite competitors claiming their model will hit the market, it is only Rivian R1T customers could get their hands on for test drive. They are possibly aiming for increased demand, as they have been looking for a location for a new factory. Though the details are not known, a plant factory is possibly going to be set up in Texas and an assembly plant in Arizona.