A bunch of Model Y cars was spotted being transported towards Netherland, initially shared by a Facebook user. Usually, these kinds of cars are used for testing or regulatory approval, which are often wrapped with camouflage wraps. 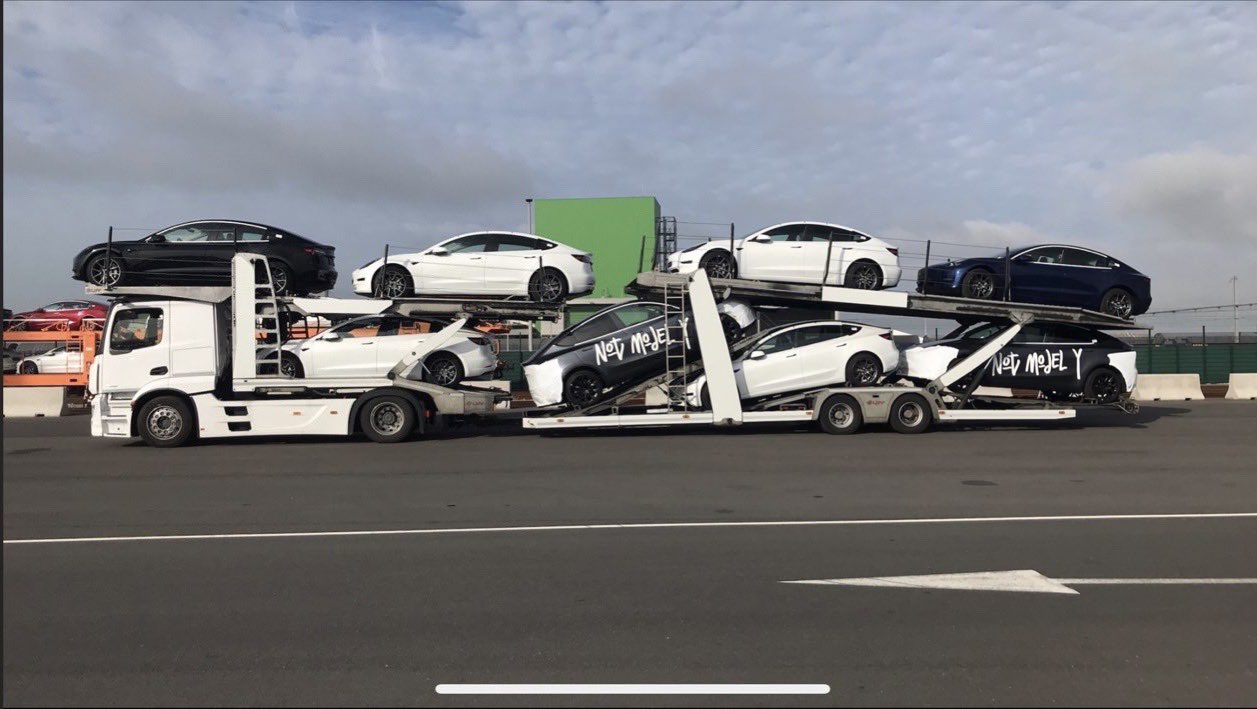 Tesla Model Y, also known as “Not a Model Y” finally landed in Europe. The import happens just prior to Giga Berlin’s initial phases start. According to Elon Musk who recently visited the factory, the manufacturing is expected to start by this year. Which will be after Tesla receives permission from the government by October. It is possible that Tesla is going ahead and bringing in their Model Y for other regulatory permissions to sell it as a “European-made” vehicle in the future. The import was also confirmed through Tesla’s Account Manager in Munich.

After "Not a flamethrower" the "not model y" has landed in Europe.
Picture credit @flcnhvy

Can't wait for our "Not Model Y" to arrive in not 11 days@elonmusk pic.twitter.com/VNPkNRegt6

Last week Tesla welcomed Model Y through Linkedin. The deliveries are expected to start by September. Europe sales for Tesla are mostly because of Model 3 till now. As Model Y enters the European market, it is expected to become the best car in the world by 2022 or 2023.

With Elon Musk’s recent visit to Germany, more updates were unveiled about the factory in Berlin. The construction has been going on since 2020 and is expected to start manufacturing by year-end. Initially, Tesla planned to launch Model Y only after Giga Berlin starts manufacturing. However, the demand in Europe is increasing right now as the EU pushes ambitious goals towards zero carbon emissions.

Furthermore, it is known that Tesla plans to bring a slightly different version to Europe. Where Elon Musk said, it is “not just a copy of the Model Y. It’s actually a radical redesign of the core technology of building a car.” Also, it is known that their new evolutionary battery, 4680 battery cells will be manufactured in the factory sometime later next year. Possibly, the vehicles manufactured there will have better battery performance. This would be the first time Tesla would be changing the core structural design of the car, which is huge.

Eventually, the car could also be available in more colors. As Tesla Giga Berlin will have a world-class paint facility. Europe is going to get a brand new Tesla model, not so Tesla Model Y, but still is Model Y.