Appeals against arrest warrants issued for three co-founders of the renowned Finiko crypto pyramid were dismissed by Tatarstan’s highest court. According to media sources, senior Ponzi scheme officials who are suspected of large-scale fraud in Russia are still hiding abroad. 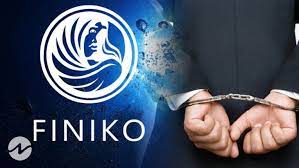 The arrest warrants issued in absentia for Zygmunt Zygmuntovich and Marat and Edward Sabirov have been confirmed by the Supreme Court of Tatarstan, a republic of the Russian Federation. Finiko’s founder Kirill Doronin’s three wanted guys are close pals.

In July, Doronin, an Instagram influencer whose name has been linked to other scams, was jailed. The pyramid’s vice president, Ilgiz Shakirov, was arrested in September, along with two women, Lilia Nurieva and Dina Gabdullina, for allegedly luring hundreds of investors with promises of large profits.

Zygmuntovich and the Sabirov brothers, on the other hand, were able to flee the country without being apprehended. They were defended by government-appointed lawyers in Tatarstan’s highest court, who contested the initial order to seek their arrests overseas.

Marat Sabirov’s defense attorney, Gulnaz Nafieva, claimed throughout the trial that her client had already left the country when the criminal case was filed. Despite this, the court rejected her request to have Sabirov’s arrest warrant revoked, according to Inkazan.ru.

Investigators suspect the three fugitives traveled to the United Arab Emirates via Belarus, according to a story published by Business Online a few days ago. According to certain sources familiar with the Finiko case, Zygmuntovich, Doronin’s right hand, is actually hiding in Abkhazia, Georgia’s Russia-backed breakaway country. Finiko’s co-founders are currently in Turkey, according to a businessman from Tatarstan named Eric Gafarov.

Meanwhile, the official losses from the bitcoin scam, which has become one of Russia’s greatest financial pyramids in recent years, have surpassed 1 billion rubles (almost $14 million). Because of the magnitude of the scam, the Federal Ministry of the Interior was forced to take over the investigation.

With over 3,300 complaints submitted thus far, the crypto pyramid scheme has drawn investors from a variety of nations in the area and beyond, including Kazakhstan, Kirgizstan, Hungary, Austria, Germany, and the United States. Finiko received nearly $1.5 billion in bitcoin in less than two years before collapsing last summer, according to data from blockchain forensics firm Chainalysis.

Do you believe the fugitive Finiko founders will be arrested by Russian authorities? Let us know what you think about the crypto pyramid case.