Last Thursday, an AT&T customer sued the firm, alleging that it failed to offer “reasonable and appropriate protection to prevent unauthorized access to its consumer wireless accounts.” As a result, cryptocurrency from the plaintiff’s crypto exchange account was stolen. 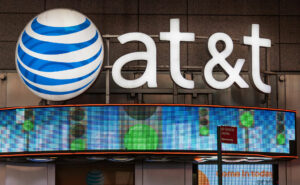 AT&T is being sued by a cryptocurrency investor

Jamarquis Etheridge, an AT&T customer, filed a complaint against AT&T Inc. and AT&T Mobility LLC in the Southern District of Texas on Wednesday.

Etheridge, a native of Texas in the United States, has been an AT&T subscriber since 2009. He claims to have been a victim of “SIM shifting,” also referred to as “SIM hijacking.” SIM shifting is a frequent ruse that AT&T is all too familiar with. Last year, the business was embroiled in a larger scam involving crypto investor Michael Terpin.

According to a court statement filed by Etheridge’s attorney, Richard E. Brown, AT&T “gave wrongdoers access to plaintiff Etheridge’s cellphone account and, without his knowledge,” on or about Sept. 10, 2020.

Until the next day, AT&T was unable to contain the security compromise, allowing wrongdoers to deplete plaintiff Etheridge’s cryptocurrency exchange account. He further claims that “AT&T was well aware of the pervasive harm caused by SIM swapping,” claiming that the corporation had previously issued public warnings alerting users of the threat of this type of scam across the industry.

AT&T also promised customers that it was taking necessary steps to prevent illicit SIM swapping among its users, according to Etheridge. Nonetheless, the following is taken from the court document” AT&T engages in practices that fail to provide reasonable and appropriate security to prevent unauthorized access to its customer wireless accounts, allowing unauthorized persons to be authenticated and then granted access to sensitive customer wireless account data, including access and control over 159.8 ethereum tokens”.

According to the court complaint, the price of ether climbed more than $4,200 per coin after the incident. The price of ETH has dropped to $3,338 at the time of writing. The plaintiff claims that he has suffered and continues to suffer actual damages as a result of AT&T’s actions or inactions, including the loss of 159.8 ETH, lost time, humiliation and embarrassment, aggravation and frustration, fear, anxiety, financial uncertainty, unease, emotional distress, and various expenses.

He also demands statutory damages, treble damages, punitive damages, an award for attorney fees and repayment of all costs, “pre-and post-judgment interest on any amounts awarded,” and any other remedies the court deems just and proper.