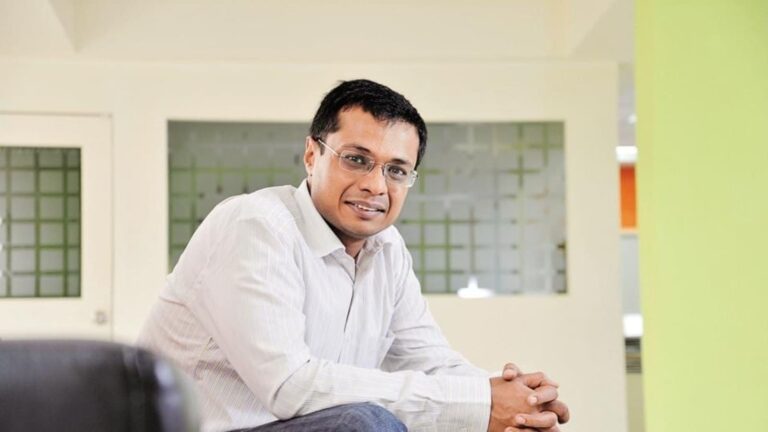 Flipkart co-founder Sachin Bansal has approached the Madras High Court to challenge a show-cause notice (SCN) issued by the Enforcement Directorate (ED) on July 1 this year, which held him with another individual respectfully liable for alleged misconduct of Foreign Direct Investment (FDI) policy involving a staggering amount of almost Rs 23,000 crore.

Bansal’s appeal to the high court proposes to have the notice declared unconstitutional and arbitrary in his opinion. The interim request is for it to continue operating. The Flipkart co-founder said that he has no ties to the e-commerce giant since his departure from the firm in August 2018, when it was bought by Walmart International Holdings.

The notice was issued for alleged non-compliance with a provision in the 2010 consolidated Foreign Direct Investment Policy involving share issuances to group companies including foreign investors between 2009 and 2014. The case was addressed by Justice Mahadevan, who questioned why authorities had failed to take action against the claimed wrongdoing for the past 12 years, and the court ordered the Enforcement Directorate to file a response within three weeks.

The financial investigation bureau sent a show-cause notice in July this year to the co-founders of Flipkart and others, questioning why they shouldn’t face a $1.35 billion penalty for alleged wrongdoings of the Foreign Exchange Management Act (FEMA) between 2009 and 2015.

The notice was sent in response to a complaint made by the Deputy Director of Enforcement in Bengaluru, who sought that adjudication proceedings be initiated under Section 16 of the FEMA guidelines. It was sent to Flipkart co-founders Sachin Bansal as well as Binny Bansal, Tiger Global Management, Accel, Tiger Global nominee director Lee Fixel and Accel nominee director Subrata Mitra.

The allegation surfaced after a year-long inquiry by the Directorate of Enforcement in New Delhi. Bansal stated in his plea that he had cooperated with the ED’s probe and he believes the ED has decided that no further action is necessary due to the passage of time. The notice, even though, was issued.

FEMA does not specify any timeframe for authorities to lodge a complaint in order to commence adjudication proceedings. However, any action taken by the authorities after a reasonable amount of time will be ordered by the courts, according to the plea.

For years, the Enforcement Directorate has been probing into both the e-commerce companies Flipkart and Amazon for potentially violating foreign investment regulations that control multi-brand retail and limiting similar companies to operating a platform for sellers.