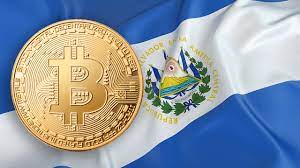 It’s just been a month since El Salvador declared Bitcoin as legal tender, and it looks that the country’s citizens are becoming increasingly interested in cryptocurrency. People’s interest in cryptocurrency is growing rapidly, and it appears that the majority of them are converting their US dollars into Bitcoins.

Salvadorans are converting their USD to BTC

El Salvadorans are buying Bitcoin with their US dollars as interest in the asset class grows. El Salvador’s Bitcoin law went into force a month ago, and interest in the cryptocurrency has continued to grow as more residents convert their dollars to BTC.

El Salvador’s in-house crypto wallet software – Chivo – has reported over 24,076 remittances, totaling $3,069,761.05 in a single day, according to a tweet from the country’s president, Nayib Bukele.

President Bukele further stated that the rate at which Salvadorans are changing more of their USD cash into bitcoin is much higher than the rate at which they withdraw from their wallets at the approximately 200 Chivo BTC ATMs located throughout the country.

Knowing that his assertions would be questioned by some, President Bukele went out of his way to tell media outlets to perform their own study and confirm them.

“Any media organization that visits ATMs can independently prove this,” he said. El Salvador and its president faced criticism earlier in their bitcoin adoption journey, with some claiming that the choice would harm the country’s economy. President Bukele was even chastised by a senior economist, who described the Bitcoin adoption as “extremely dumb”.

Despite the criticism, El Salvador has remained committed to making Bitcoin legal tender in the country. This spike in cryptocurrency interest is a strong indicator of a shift in the attitudes of nearly 70 percent of Salvadorans, who were first dissatisfied with the law.

The number of people in El Salvador who use the Chivo wallet is currently far higher than the number of people who have local bank accounts, boosting financial inclusion. Furthermore, the use of Bitcoin in the country has provided inhabitants with several options to receive subsidies on some basic activities, such as fuel purchases.

Foreign investors in El Salvador benefit from the regulation as well, as capital gains from Bitcoin investments are not taxed. President Bukele has also stated that his government has not forgotten animals in their plans, which is a welcome addition to the situation. He promises to use the money from Bitcoin investments to build a massive medical clinic for family pets.

Also read: Michael Burry is not shorting BTC but says crypto is in a bubble