Samsung CEO out of jail on parole after 18 months

Jay Y. Lee, the CEO of Samsung, was released on parole today. Lee was serving a 30-month sentence for his participation in “Choi-gate,” a significant 2016 South Korean political scandal that resulted in President Park Geun-Hye’sresignation. 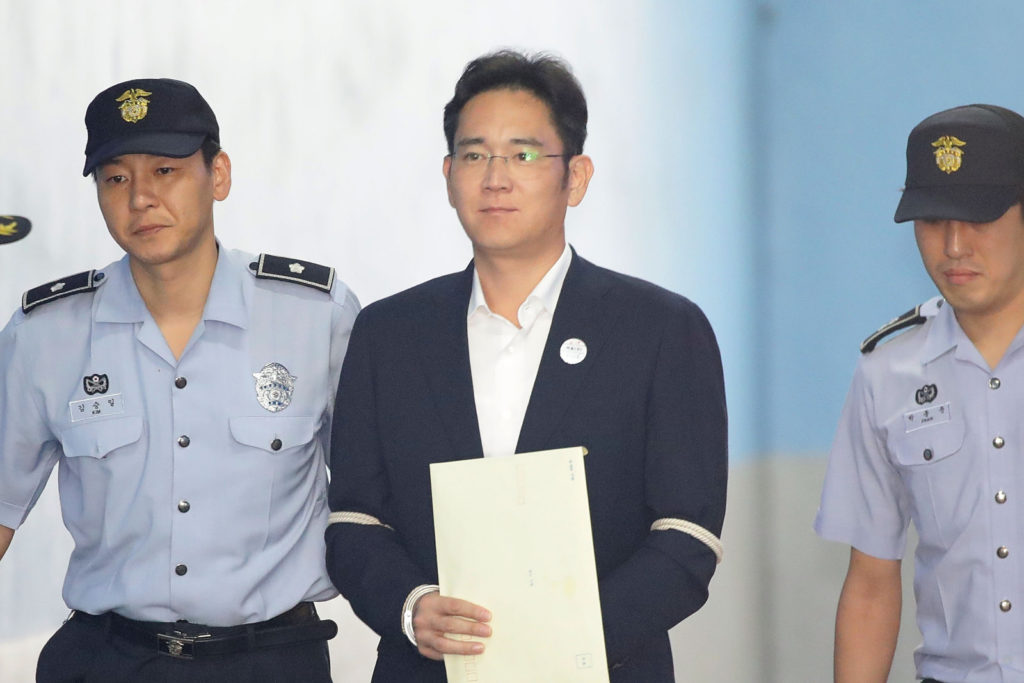 Lee was sentenced to five years in prison in 2017 after being convicted of bribery, embezzlement, capital flight, and perjury. When an appeal and retrial, Lee’s five-year jail term was reduced to 30 months after the accusations of bribery and embezzlement were dropped. Lee completed 18 months of his sentence and is currently on parole.

Choi-gate is a fascinating rabbit hole that you may explore at the above Wikipedia link, but in short, it’s named after Choi Soon-Sil, a shamanistic cult member who was dubbed “Korean Rasputin” because of her influence over South Korea’s then-president. Lee is suspected of paying Choi in order to secure a favorable decision from Park in a 2015 merger between two Samsung affiliates, Samsung C&T Corp (which stands for “Construction & Trading”) and Cheil Industries, a Korean textile company.

Lee told reporters after his release, “I’ve created a lot of worry among the people. I apologize profusely. Concerns, critiques, anxieties, and high expectations for me are all on my mind. I will put forth a lot of effort.”

Lee’s release from jail has sparked debate. The pro-business wing of South Korean politics wants Lee back on the streets because Samsung is a huge part of the country’s economy, and his imprisonment has forced the corporation to postpone important strategic decisions. According to civic groups, South Korea’s corporate elite operates under a separate set of laws than the rest of the country, and Lee’s parole is the latest example of this reality.

“We are fully aware that there are supportive and opposing opinions on Vice-Chairman Jay Y Lee’s parole,” South Korean President Moon Jae-in office said in a statement on Lee’s release. People who hold opposing viewpoints are also correct. Many others, on the other side, have asked for his release in this dire situation, hoping that he can assist the country with semiconductors and vaccines.”

Depending on how the last quarter goes, Samsung accounts for anything between 10% and 20% of South Korea’s GDP. Lee, as Samsung’s CEO, has the final say on significant investments and acquisitions, and one of the most important decisions he must make is where to establish a $17 billion semiconductor plant in the United States. The facility may be up and running as early as October 2022, and with the globe presently experiencing a worldwide chip shortage, there’s a lot of pressure to get things going.

Lee is said to have left prison to go to Samsung’s headquarters, although he still faces legal difficulties. In October, he will stand trial for accounting fraud and stock price manipulation in connection with the Samsung C&T acquisition.