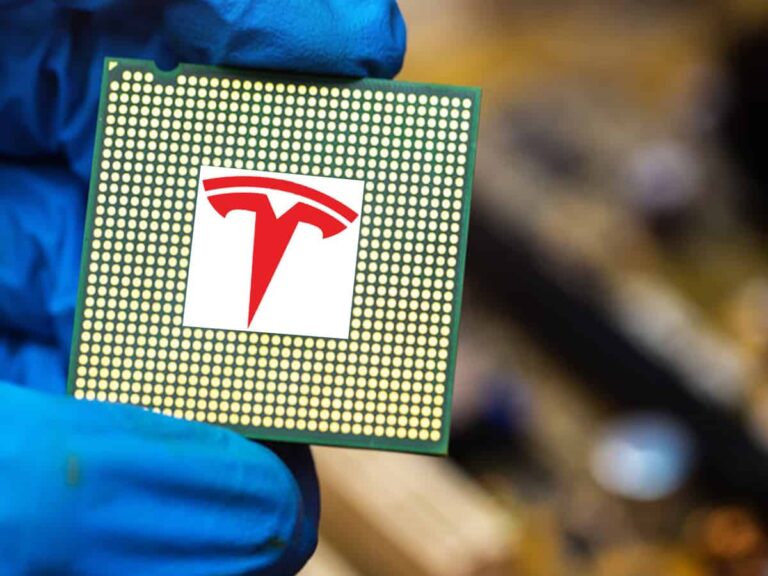 Samsung could be making next-gen self-driving chips for Tesla

As per the reports by South Korean newspapers, Samsung and Tesla are in talks to make the next-generation chips for Tesla’s upcoming Hardware 4. It is known that they have discussed the chip design and chip prototypes multiple times. However, it is still unclear if Samsung would be the one to do it.

If Samsung wins the order, the chip will be made under Samsung’s 7-nanometre chip production process. The company already makes chips for Tesla, for Hardware 3 computers in the vehicle. As the company is working on introducing AI with supercomputer Dojo, hardware updates are much needed. Anounced on Tesla AI day, the new hardware should be available in a year or so for its electric pickup truck, Cybertruck.

As per the analysis provider TrendForce data provided at the end-June, Samsung was recorded to be second to TSMC in the chip contract manufacturing industry. Samsung had around 17.3 percent market share, while TSMC had 52.9 percent market share.  Meanwhile, Tesla is expected to reach 1.3 million sales annually by next year.

Analyst Dan Ives from Wedbush Securities predicts that Tesla will deliver 900,000 vehicles this year. It is known that the EV maker is going ahead despite the supply chain issues which impacted almost every major EV maker in the world. This year Tesla’s 1 million deliveries couldn’t be reached as the supply chain pressure had briefly caught the company from making more. However, now as Giga Shanghai can make almost half a million vehicles every year, their production rate is growing.

On the Tesla AI day, CEO Elon Musk said that he believes Tesla will be able to reach full self-driving. Currently, Tesla’s FSD is known to be a level two driver-assist technology as per international norms. This was before the recent updates were taken into consideration. Despite the update reaching Version 10, the driver still has to be attentive while driving. So the company is far away from reaching full self-driving technology.

But when questioned about reaching the limit, Elon Musk said, “I am confident that Hardware 3, or the full self-driving computer 1, will be able to full self-driving at a safety level much greater than humans. I don’t know probably 200 or 300% better than a human.”

Later while talking about the hardware 4 (which Samsung could be making) saying, “Obviously, there will be a hardware 4 or self-driving computer 2, which will probably introduce with the Cybertruck maybe in a year or so. That will be about 4 times more capable. Roughly.”

It was only in August Tesla had rough plans on how to proceed. Being in talks with Samsung might mean their plan for the next year is finalized and they are working on further things.