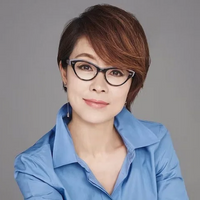 The South Korean electronics manufacturer has never before elevated a female executive to this position. Additionally, Young-hee is the first female president of Samsung who is not a member of the founding family.

She is the first daughter of the late Lee Kun-hee. The chairman of Samsung Electronics, Lee Boo-jin, currently he is holding the position of president. Additionally, he is the CEO of Hotel Shilla, a Samsung subsidiary.

Young-hee, a L’Oreal marketing expert who joined Samsung Electronics in 2007, was elevated to vice president in 2012. She is renowned for effectively promoting the business’s Galaxy brand of smartphones.

She oversaw the DX division’s Global Marketing Center prior to being named president. As the tech giant works to enhance its corporate structure, Samsung gave its recently combined mobile phone and home appliance divisions the designation “DX Division” in December 2021.

Samsung announced a reorganization of top executives alongside Young-hee’s appointment. This was done for the first time since Lee Jae-Yong. The group’s de facto leader was elevated to executive chairman of the business in October.

Samsung will work to cut down on the number of executives

The company kept the current two-member CEO system of Han Jong-hee and Kyung Gye-Hyun. They were observed to promote management stability in an uncertain internal and external environment. Even though Lee Jae-position Seung’s as head of its home appliance unit has been vacant since he resigned in October for unspecified “personal reasons.”

The company informed a few executives of their terminations last week. Samsung will work to cut down on the number of executives and promote only the most talented and influential workers.

Instead of delivering a speech at her inauguration as chairman. Young-hee wrote on the company’s bulletin board, “Samsung’s most important values have been human resources and technology since its foundation.”

Further, she added, “We need to hire people of talent who can change the world and develop world-class human resources regardless of their genders or nationalities. Unfortunately, over the past few years, we have not been able to make progress. Now is the time to be bolder and have a more enterprising spirit.”

According to a statement from the business, the promotion will “serve as a chance for other talented female employees to challenge themselves to climb career ladders.”