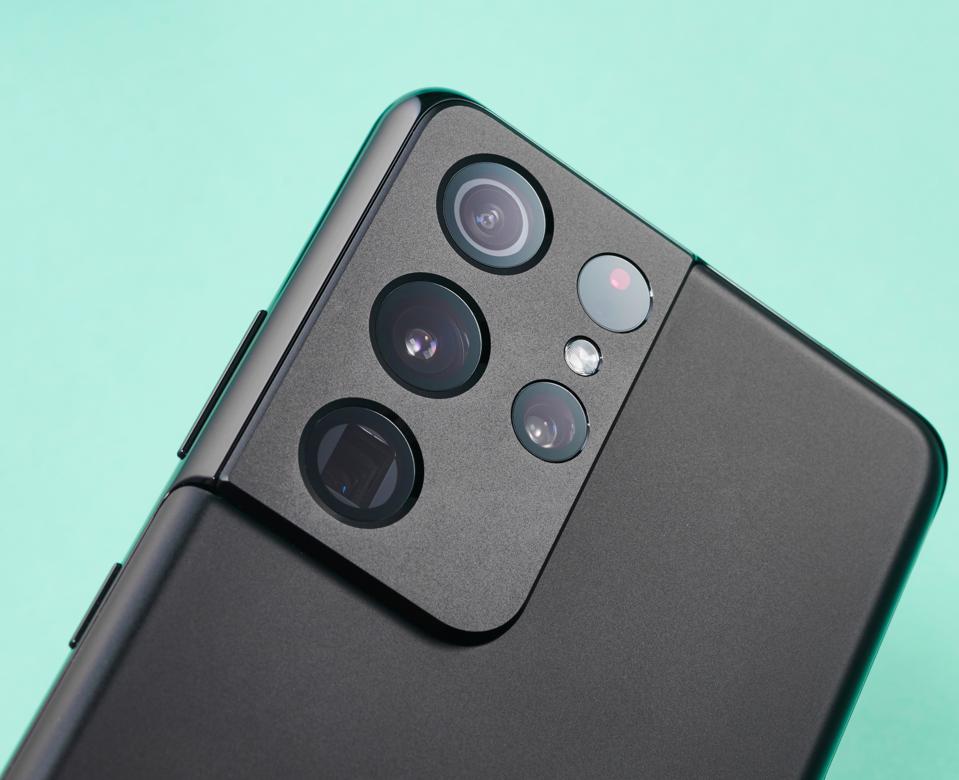 The design of the normal and plus-sized Galaxy S flagship phones from Samsung differs little from that of the Ultra variant. However, it appears that this may change on the Galaxy S22. Let’s Go Digital claims to have information from a former Samsung employee in South Korea who goes by the alias Super Roader.

According to the insider, the Galaxy S22 and S22 Plus will not have the waterdrop-style lenses rumored for the S22 Ultra. Last month, rumors about the redesigned S22 Ultra design surfaced, along with the concept designs of the phone.

Instead, the Galaxy S22 and S22 Plus are expected to have a different design, one that is more similar to the present Galaxy S21 design. That indicates a camera bump on the S22’s left side, featuring a triple camera lens array.

Let’s Go Digital presented concept sketches of a hypothetical Galaxy S22 by Italian digital artist Giuseppe Spinelli to help imagine what that would look like. It’s a bold step for Samsung to distinguish the designs of its basic and Ultra versions, but it makes sense.

According to rumors, the S22 Ultra will be considered more like a successor to the Galaxy Note series, with built-in S Pen functionality.

So it’s possible that Samsung is attempting to differentiate the S22 Ultra from the other phones in that impending release by giving it a unique design. And it’s not like the Galaxy S22 and S22 Plus would lose anything by following in the footsteps of its predecessors.

This year’s Galaxy S21 introduced us to Samsung’s contour-cut camera design, in which the phone’s camera array merged perfectly into the device’s side, making it feel less noticeable. That was one of our favorite design elements on the S21, and we’d love to see it return with Samsung’s next phone next year.

When it comes to speculations about what Samsung has in store for next year’s phones, the Galaxy S22 Ultra appears to be getting the most attention, but the S22 might be a strong flagship in its own right.

The S22 might be slightly smaller than its predecessor, making it simpler to use with one hand. Samsung is also believed to be considering an under-display front camera as well as enhancements to the rear camera, which might result in more realistic colors in your images.

The Galaxy S22 family is scheduled to be released sometime within the first three months of the year, maybe as early as January.

However, a recent report says that the phone’s release date might be moved back to February to accommodate the debut of the Galaxy S21 FE.