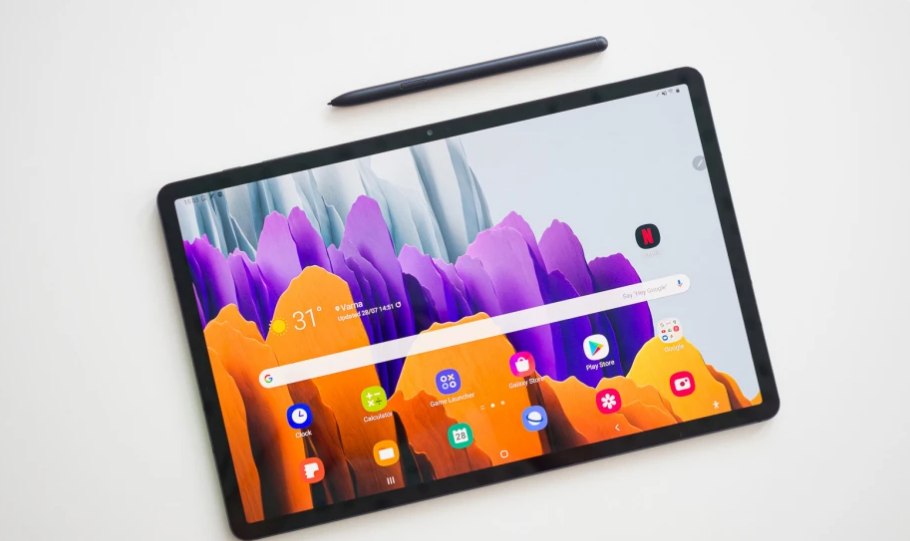 For some days, the next-generation Samsung Galaxy Tab S8 series has been the buzz of the town. The Galaxy Tab S8 series, if reports are to be accepted, will feature the Galaxy Tab S8, Galaxy Tab S8+, and Galaxy S8 Ultra variants. Several speculations and leaks have already disclosed details about the next Samsung tablets’ features and pricing. The most recent development reveals a depiction of the basic Galaxy Tab S8, displaying its design as well as essential specifications.

The newest news comes from prominent leakster Steve Hemmerstoffer (@OnLeaks), who has collaborated with Zouton to reveal the renderings of the Samsung Galaxy Tab S8 tablet. The tablet has been spotted in silver, and it will resemble its predecessor. The display will have somewhat thick bezels surrounding it, and the front camera will be on the right bezel.

The Galaxy Tab S8 will include a dual-camera system mounted vertically on the back. Furthermore, the power button and volume controls will be located on the right side, while the USB Type-C connector and two speaker grilles will be located at the bottom.

The Samsung Galaxy Tab S8 is expected to include an 11-inch IPS LCD display with a resolution of 1600 x 2560 pixels and a refresh rate of 120Hz. The tablet will be powered by the top Qualcomm Snapdragon 888 SoC, which will be combined with 8GB of RAM and 128GB of storage, with support for up to 1TB of storage extension. On the software front, it is said to include Samsung One UI and an 8,000 mAh battery with 45W fast charging functionality.

There will be a dual back camera system with a 13MP primary lens and a 5MP secondary sensor. For selfies, it will include an 8MP sensor on the front. Wi-Fi 802.11 b/g/n, Bluetooth 5.0, and GPS with GLONASS are possible connectivity features. Finally, its measurements are estimated to be 253.75 x 165.30 x 6.24mm.