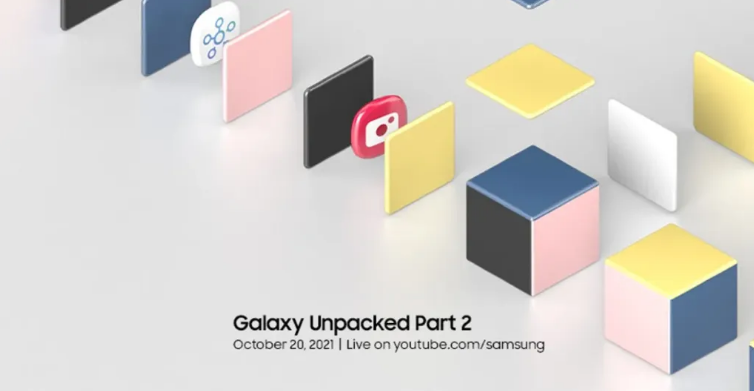 Apple has stated that an event would be held on October 18 to introduce next-generation gadgets such as the MacBook Pro and AirPods 3. Soon after, South Korean electronics behemoth Samsung revealed that the second round of the Galaxy Unpacked event will take place this year. The Samsung Galaxy Unpacked Part 2 event is slated to take place on October 20.

The ceremony will be live-streamed on Samsung’s official YouTube channel. The event will begin on October 20 at 7 a.m. PT (7:30 p.m. IST). This corresponds to the Apple and Google launch events, which are scheduled for October 18 and October 19, respectively. Samsung has already begun sending out media invitations for the occasion.

According to reports, the Samsung Galaxy S21 FE would be powered by an octa-core Snapdragon 888 CPU, similar to those seen in current-generation premium smartphones. The firm may not employ the in-house Exynos chipset in the next model due to a supply chain issue. Given its position as the world’s top smartphone manufacturer, Samsung was expected to unveil the Galaxy S21 FE alongside its foldable flagships in August, but this did not occur. The SE variant of its flagship S series smartphone is likely to be revealed later this month.

This forthcoming model, which is a scaled-down version of the Samsung Galaxy S21 series, is estimated to cost approximately 700,000 won (approx. Rs. 44,000).