Samsung is set to launch a new smartphone in India on July 6, under its F-series, branded as Samsung Galaxy F22. The handset will be exclusively sold via Flipkart, according to Samsung India’s Twitter post. The post also has a promotional clip highlighting the phone’s core specs, which include a 90Hz display and a quad-rear camera system with a 48-megapixel primary camera.

With its square-sized back camera, the Galaxy F22 looks similar to the recently introduced Galaxy A22 and the waterdrop-styled notch on the front panel of the single selfie camera. The clip also shows at least two color options – Black and Blue, but there might be even more at the official launch. Other relevant information about the smartphone is being withheld for the time being.

But looking at the rumors and leaks, the latest Samsung Galaxy phone may support optical image stabilization (OIS). An 8MP sensor with an ultra-wide-angle lens could be housed in the rear camera system. It might be combined with a 2MP depth sensor as well as a 2MP macro camera. Samsung may also include a 13MP camera to take selfies on the front of the device. However, the official listing on Samsung’s website confirms a massive 6,000 mAh battery is included on Samsung’s new budget phone. There is currently no mention of fast charging. However, we can anticipate the smartphone will be supporting at least 15W fast charging. While Samsung will launch 4G or 5G smartphone models haven’t yet revealed. 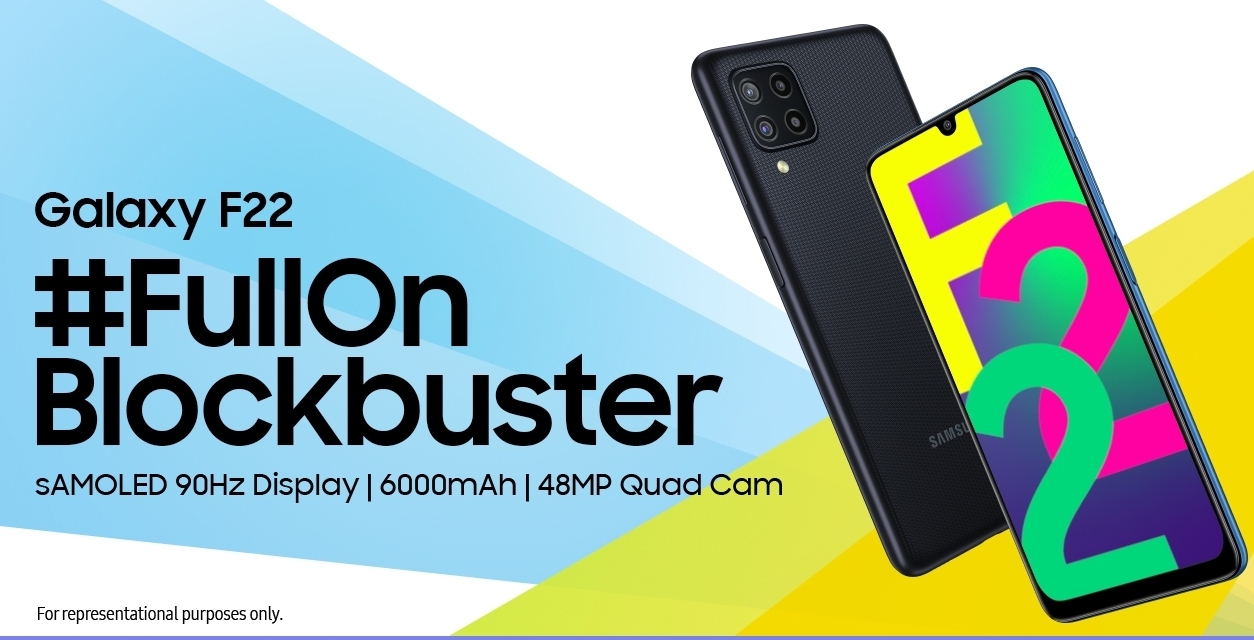 The smartphone has also been discovered on the Google Play Console website, according to reports. According to the listing, the smartphone will have a Super AMOLED HD+ display with a 720×1339 pixel resolution display and will run Android 11 on top of Samsung’s One UI 3.0 out of the box. The handset will be powered by the MediaTek MT6769T, a MediaTek Helio G80 SoC with 4GB of RAM. Moreover, if the company decides to unveil a 5G version, it will surely be powered by the MediaTek Dimensity 700 SoC and is supposed to come along with a 6GB of RAM model. The handset is expected to be priced at Rs 15000.