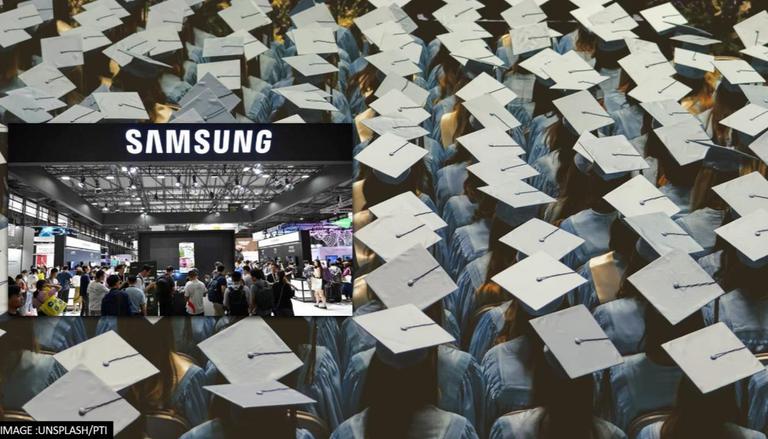 Samsung to hire over 1000 engineers in India from top engineering colleges like IITs and BITS, Pilani

Samsung intends to hire students from a variety of disciplines, including computer science, electronics and communications, electrical engineering, mathematics and computing, instrumentation and information technology, to help it develop novel solutions for India’s difficulties.

“As our businesses expand and grow, we will be hiring 1000+ engineers from top-tier engineering universities for our R&D [research and development] centers.” In an interview with Business Insider, Sameer Wadhawan, senior vice president and head of human resources at Samsung India, said, “These engineers will work at our R&D labs in Bangalore, Delhi, and Noida.”

“One-fourth (260) of the engineers will come from all IITs, with rest coming from other tier one institutes,” he said.

“We are offering a very competitive compensation [when] hiring from campuses,” Wadhawan remarked when questioned about the average salary package that the company will be offering to their new workers. That is why, year after year, we are able to hire over 1000 engineers.”

Samsung had also hired 1200 engineers from these top institutions in 2019, but owing to the COVID-19 epidemic, they had to wait until 2020 to join the firm.

The main goal of this large hiring was to improve the company’s R&D centers. “This is part of our ongoing expansion and growth goals in India.” R&D has always been a priority for us. In 1996, we launched our first R&D center in India, as well as a plant, in Bengaluru. This demonstrates our dedication to the Indian market, as well as India-related products and people,” Wadhawan added.

In recent months, the smartphone manufacturer has experienced a significant rate of attrition. “The attrition rate is slightly higher than usual, but that is due to a simple demand and supply issue, as well as the fact that there are so many tech jobs available,” he explained. “Still, the situation is not worrying for us.”

The rate at which employees depart a company, also known as the churn rate, is frequently calculated as an annual figure.

Samsung recorded a 28 percent gain in operational profit over the previous quarter in their third quarter results, which were released in October.