The securities & exchange board of India (SEBI) has finally given a green light to Paytm Payments Bank’s UPI handle. It can now eventually take the liberty to issue payments with respect to initial public offerings also known as IPO in general terms.

100 million downloads. The company crossed a valuation of us $ 10 billion in 2018. The list of investments & acquisitions is unending as the private business is generating a handsome amount of revenue.

Paytm Payments bank is a separate entity from the organization and was launched in August 2015. The founder holds a 51% share apart from different shareholdings. The bank has received appropriate license from the central bank of the country. It had a plan to open various branches all across the country. The important facts regarding operational activities are:

340 million UPI transactions are processed by the payments bank till Feb 2021. The amount was close to Rs. 38,493 crore.

However, the leader position has been backed up the rival company Phone Pe.

WHY IPO PERMISSION IS A BIG NEWS?

The company on Monday announced that SEBI officially has allowed it’s payments bank to invest in capital market ventures through subscribing through the prospectus via IPO.

This move was essential to gain a strong share in the market as the pandemic brought a significant decline in the operations of the application and this resulted in a situation where both the volume and value of the bank was affected as underlined by National Payment Corporation Of India making it go on the third position. The app rankings given by NPCI are as follows:

Getting this handle sanctioned; a huge amount of transactions can be diverted to the payments bank as it has an established reputation in the market and capital market investment being more risky demands more trustworthy system in between. 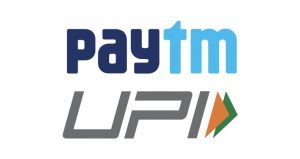 The corporation has made its targets clear and has a plan to induce a new crowd of 10 million equity investors by the end of financial year 2022. It will possibly get into an arrangement with mutual fund investment platform Paytm Money in order to get more capital market investment related customers.

The major focus will be on small cities as the big metropolitan cities already have an established base of investors who already are the recipient of such investments. The availability of the handle would be made across the brokerage platforms & systems.

Cashless was brought as a revolution in 2019; then it became a necessity in 2020 and it is now the biggest competitive market in 2021.