In a rather funny (or perhaps not so funny) incident, a senior executive at Google has reportedly caused the company to go into a state of frenzy, after he apparently moved to New Zealand in a bid to work remotely, after he himself had opposed work-from-home for the lower-ranking employees at the firm.

Different Rules for The Higher-Ups and the Junior Staff

First reported by CNET, senior vice president for technical infrastructure, Urs Hölzle, had informed the staff on June 29, that he will shifting to New Zealand for a year-long period, so as to work remotely. Following this revelation, the junior employees are calling him, and Google as a whole, out for being “hypocritical” and showing double standards when it comes to work-from-home. 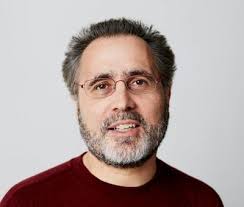 This comes in light of the fact that it had been the senior executive himself who had been strongly against remote work by employees working at the lower rungs of corporate hierarchy at Google.

This two-faced move by the tech finally led employee Laura de Vesine to quit her job, who, for months, had apparently been under discussions with Google over relocating. In fact, de Vesine said that the firm had not given employees any choice with its inflexible policies. She went on to explain that lady year, she and her team had been asked to move to North Carolina, ditching their office at Sunnywale, Cali. However, what they were not informed about was that the move would invite a pay cut of 15%, which was then raised to 25% this March. This eventually led to the relocation plans going down the drain. Saying that people “have lives outside of work, that people actually have families,” she handed in her notice.

This instance rather clearly shows how Google Inc. is reluctant to let employees take to remote work on an extended or permanent basis, something which is already being practiced at contemporaries Apple and Reddit.

However, what’s even more infuriating is the fact that this reluctance seems to go out the window when the question regards the senior employees at the company, like Hölzle, for example. In a company memo, the senior executive said that he and his wife are planning to set at a new location, after having worked in the States for three decades. And the chosen “new location” happens to be New Zealand.

While staff say Hölzle frequently took to showing his disapproval to remote work by junior staff, a spokesperson for Google has denied the same. Additionally, the exec has will, reportedly, continue to work on California time, and will even be dropping by the Bay Area office occasionally, until travel restrictions ease.